Everyone knows that a trip to Denmark would not be complete without dining at the infamous Noma, voted number one best restaurant in the world for many years. Having waited years to visit Copenhagen with the hope of a reservation at Noma, we finally gave up waiting. Having periodically tried to book a table at Noma for years, it seems to be virtually impossible despite being on their waiting lists for what seems like a lifetime. We decided it was time to visit Copenhagen anyway, especially when we heard Rick Stein couldn’t get a table either. So instead we created an alternative foodie itinerary.

The food in Copenhagen is excellent and actually not having to eat ants at the worlds best restaurant, didn’t seem so disappointing after all. We decided the way to go was to check out establishments run by restaurateur Claus Meyer, the co-founder of Noma. And what a genius idea that was, even if we do say so our selves.

First stop- Meyer’s Bageri. From the moment you walk into the bakery, the aroma of fresh bread is just overwhelming, and heavenly. The Danish pastry is famed for a reason. The cinnamon rolls were perfectly formed, gently sweet and fragrant. The hint of cardamom made these the best cinnamon buns we ever had. There’s nowhere to sit but it’s great to takeaway plenty of treats for later. 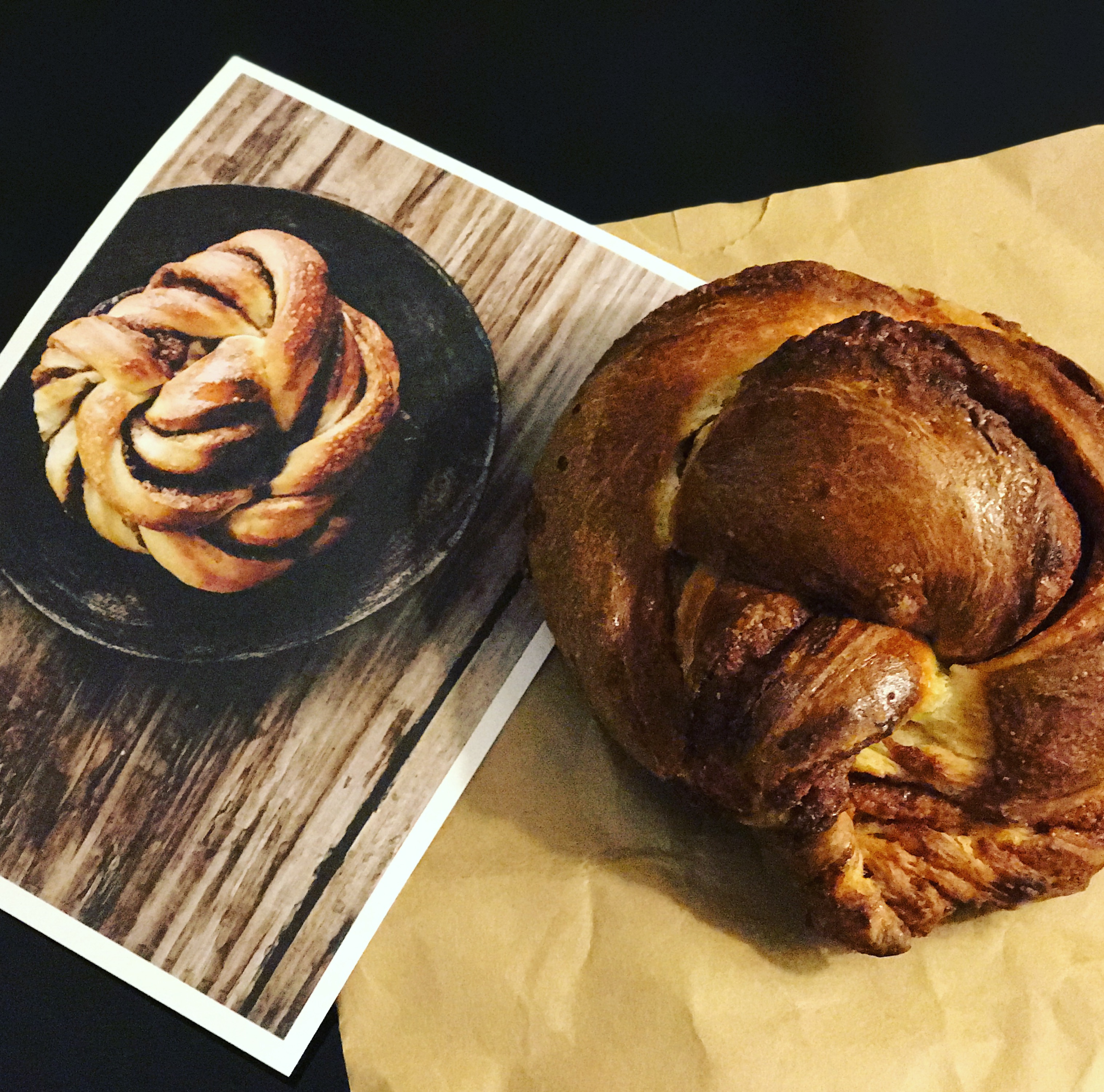 A few doors away is Meyer’s Deli. It’s more of a casual, cafe which is definitely ‘hygaee.’ It’s a trendy spot by the looks of it. It seems to be the place to sit and ponder, read a book or tap away at a laptop for the afternoon for locals. The produce is locally sourced and it’s difficult not to get carried away and over order. The Nordic classics are rather hearty. The assortment of fresh breads with hearty, hot soup was great on a day when there was a chill in the air and a sprinkling of snow out. 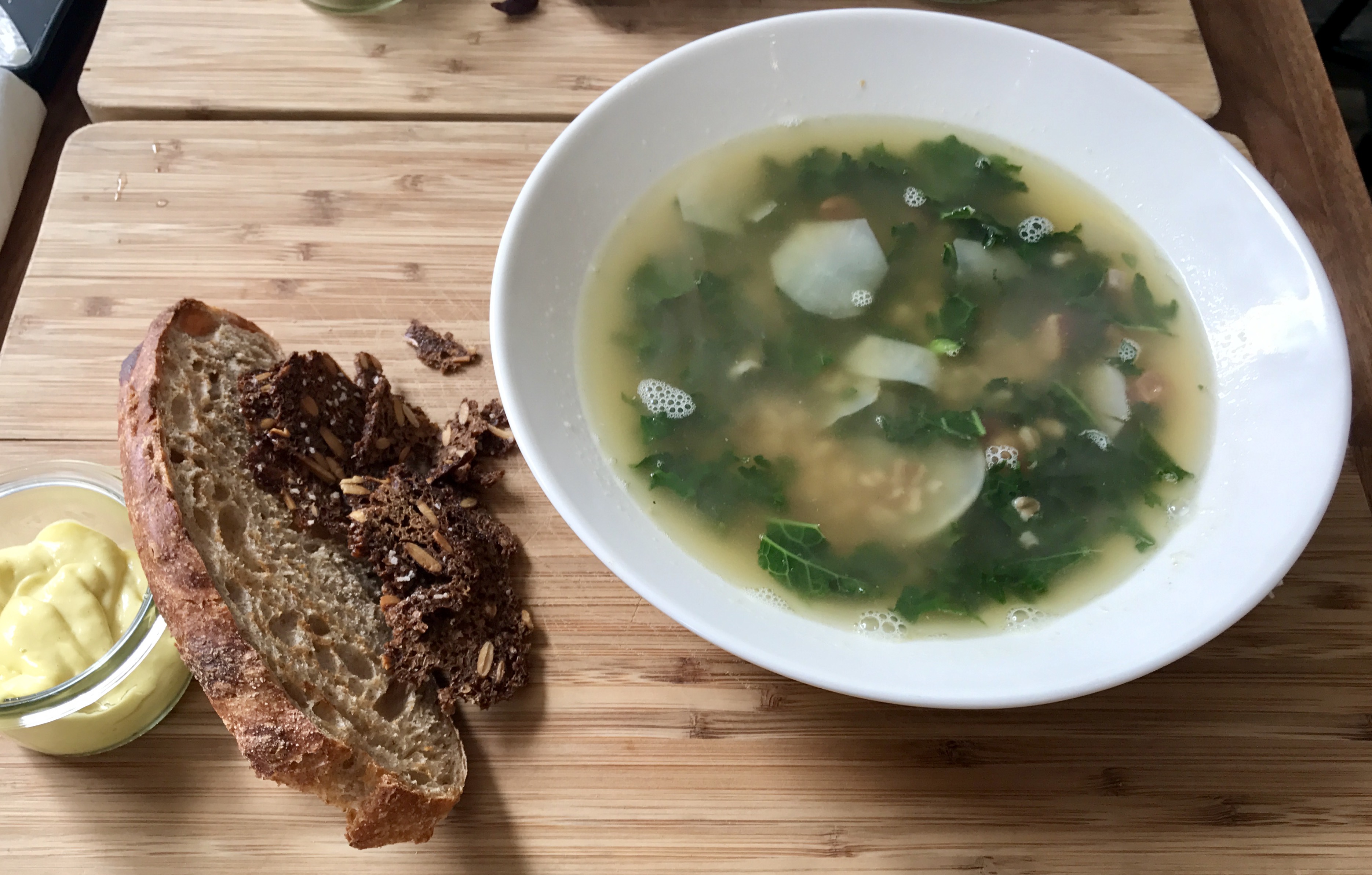 The pork burger with crackling was piled high, exploding with purple cabbage slaw and mustard and served with roast potatoes and horseradish aoili. The burger was packed full of flavour and wholesome, we could have easily stayed all day to finish it. 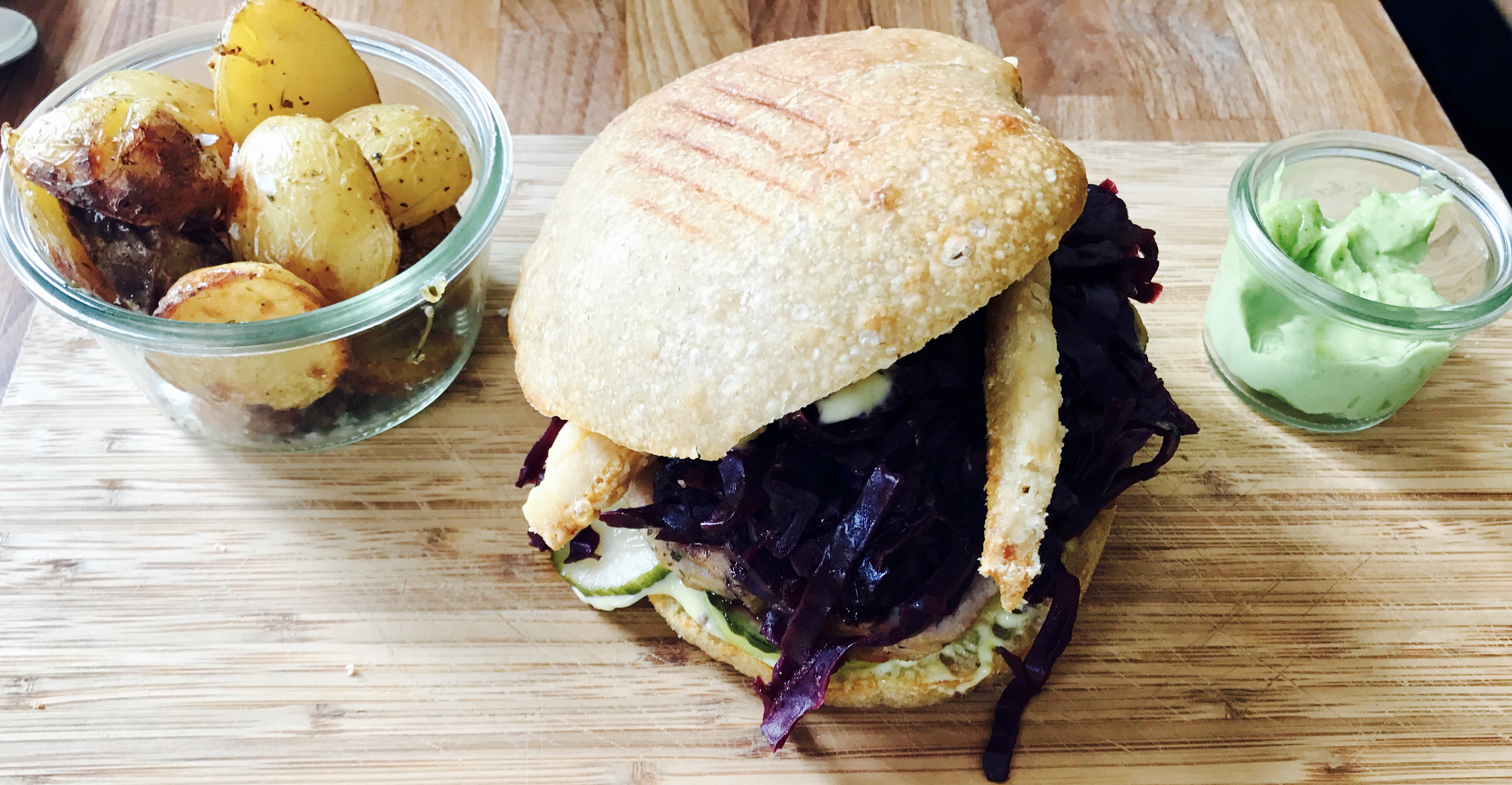 Despite that we couldn’t resist a cappuccino and the scrumptious salted caramel brownie. 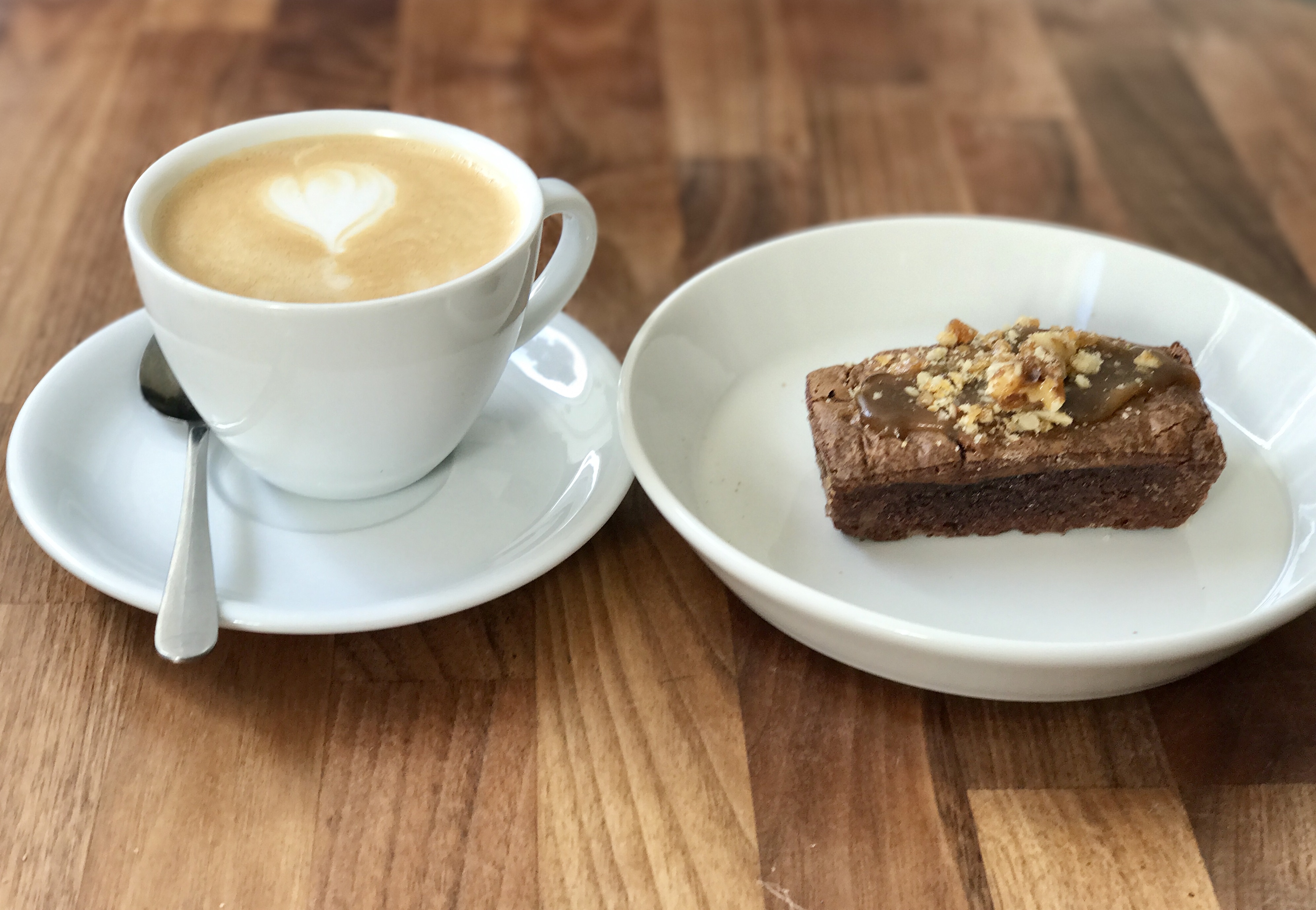 The Standard was by far the best choice. Located close to Nyhavn in an art deco building by the waterfront, it houses several different dining spaces. The Almanak is a funky, modern restaurant and the food is just phenomenal. It’s a great place to celebrate a birthday or anniversary. 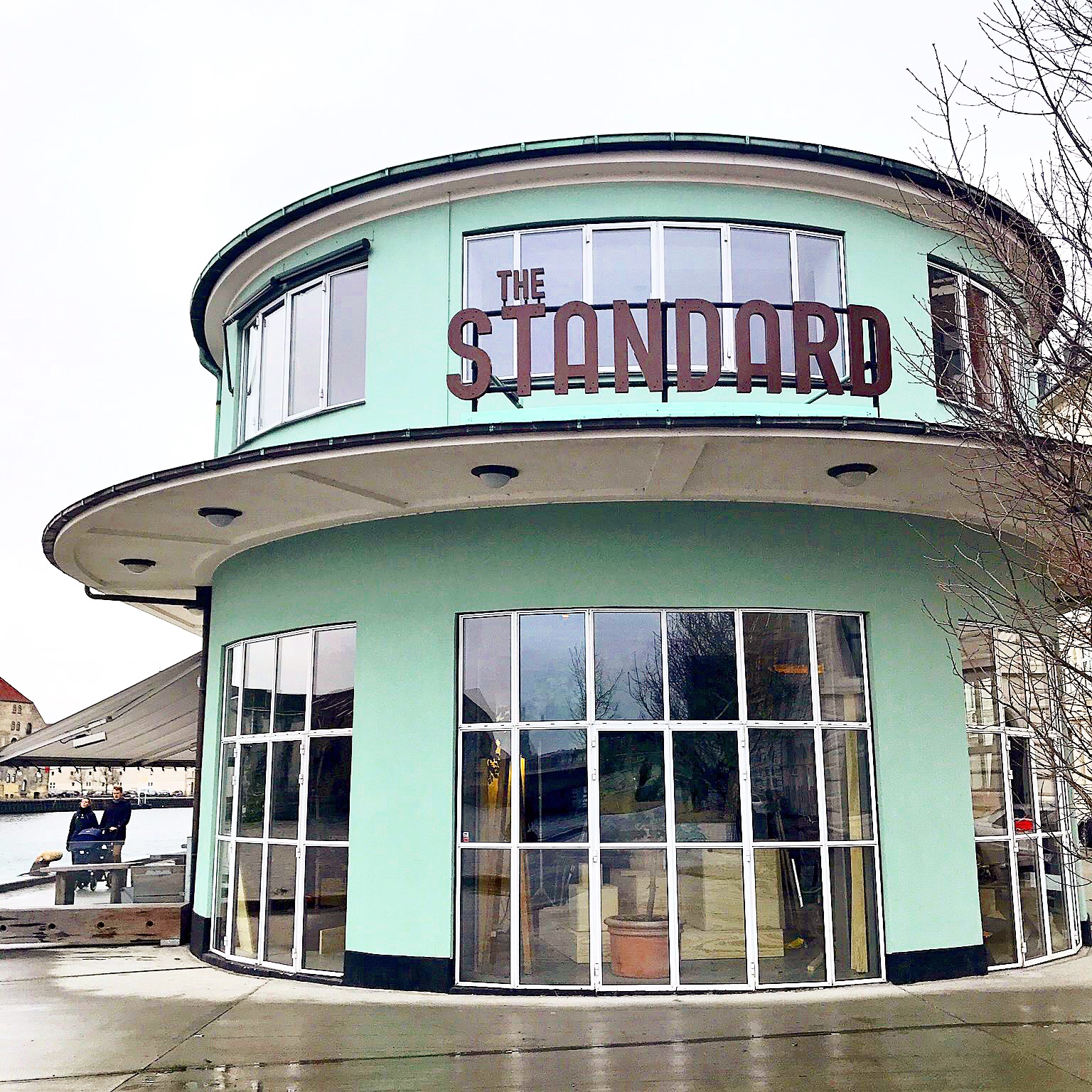 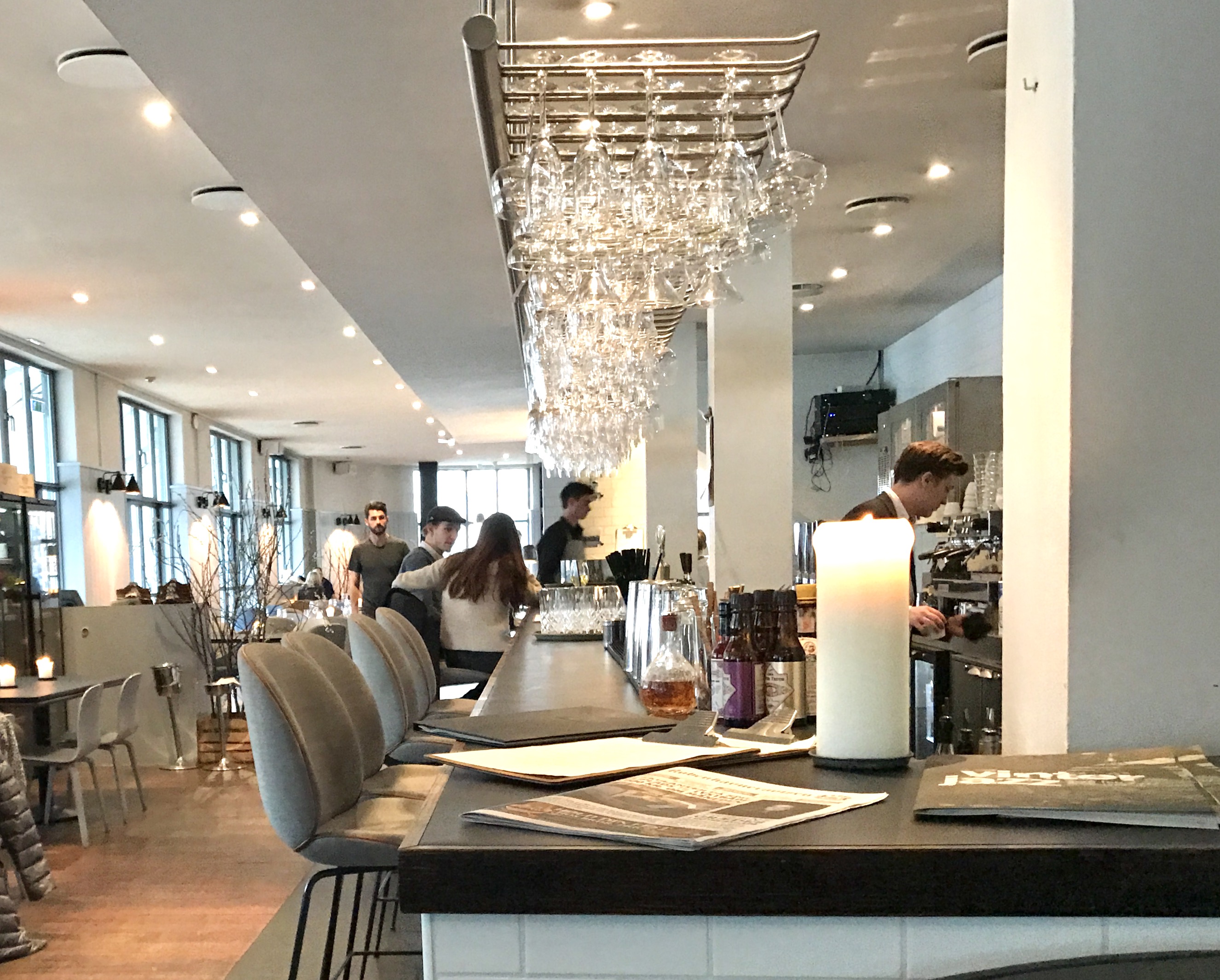 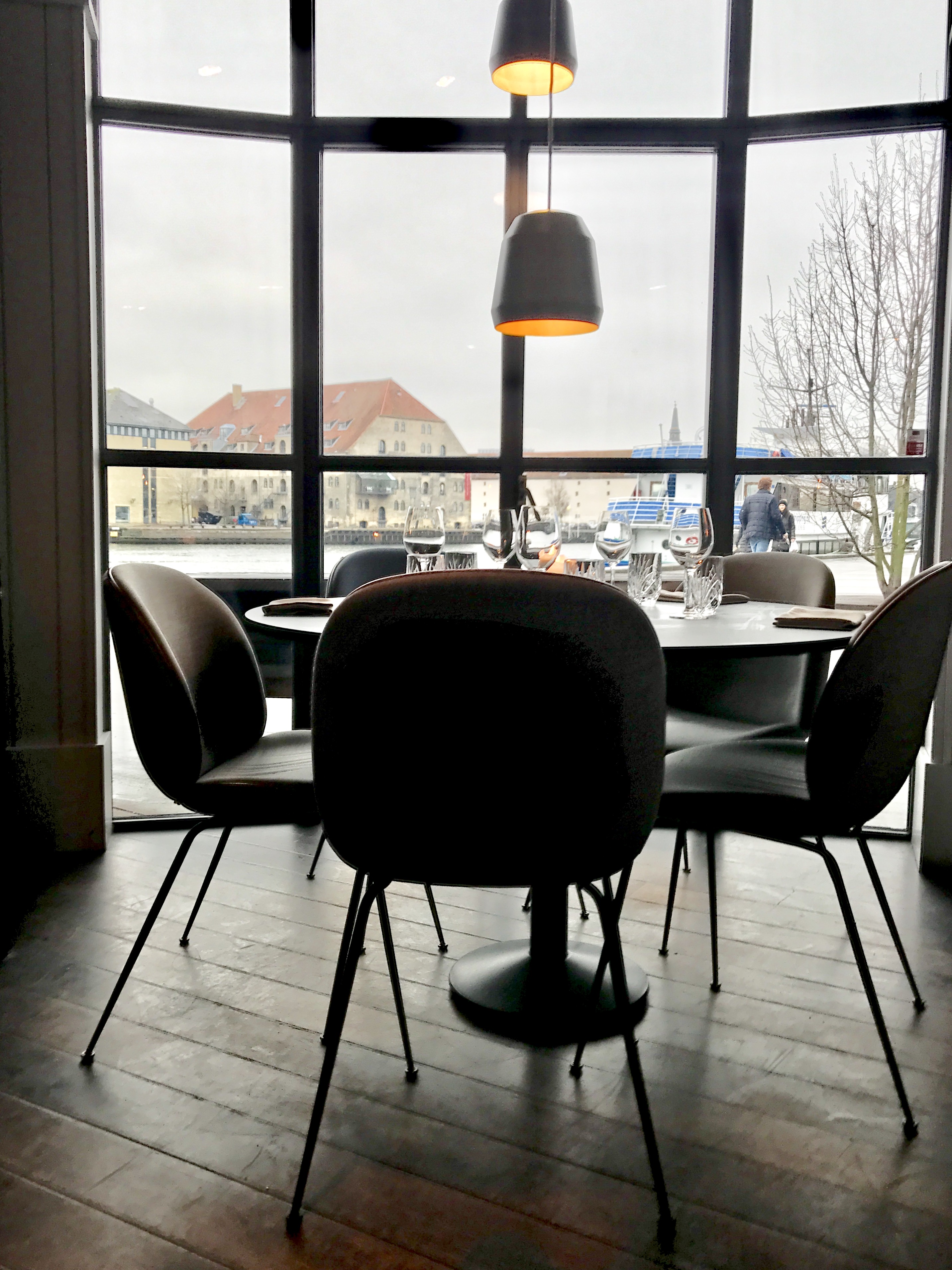 Whilst sandwiches for lunch sounded rather simple, it was far from it. The smørebrød is a classic Nordic open faced sandwich. These are great, as instead of squishing all the the delicious filling under bread, the best part of the sandwich is on display. The chicken salad with sunchoke and crispy chicken skin with diced apple slaw on a dense rye bread was just fantastic. 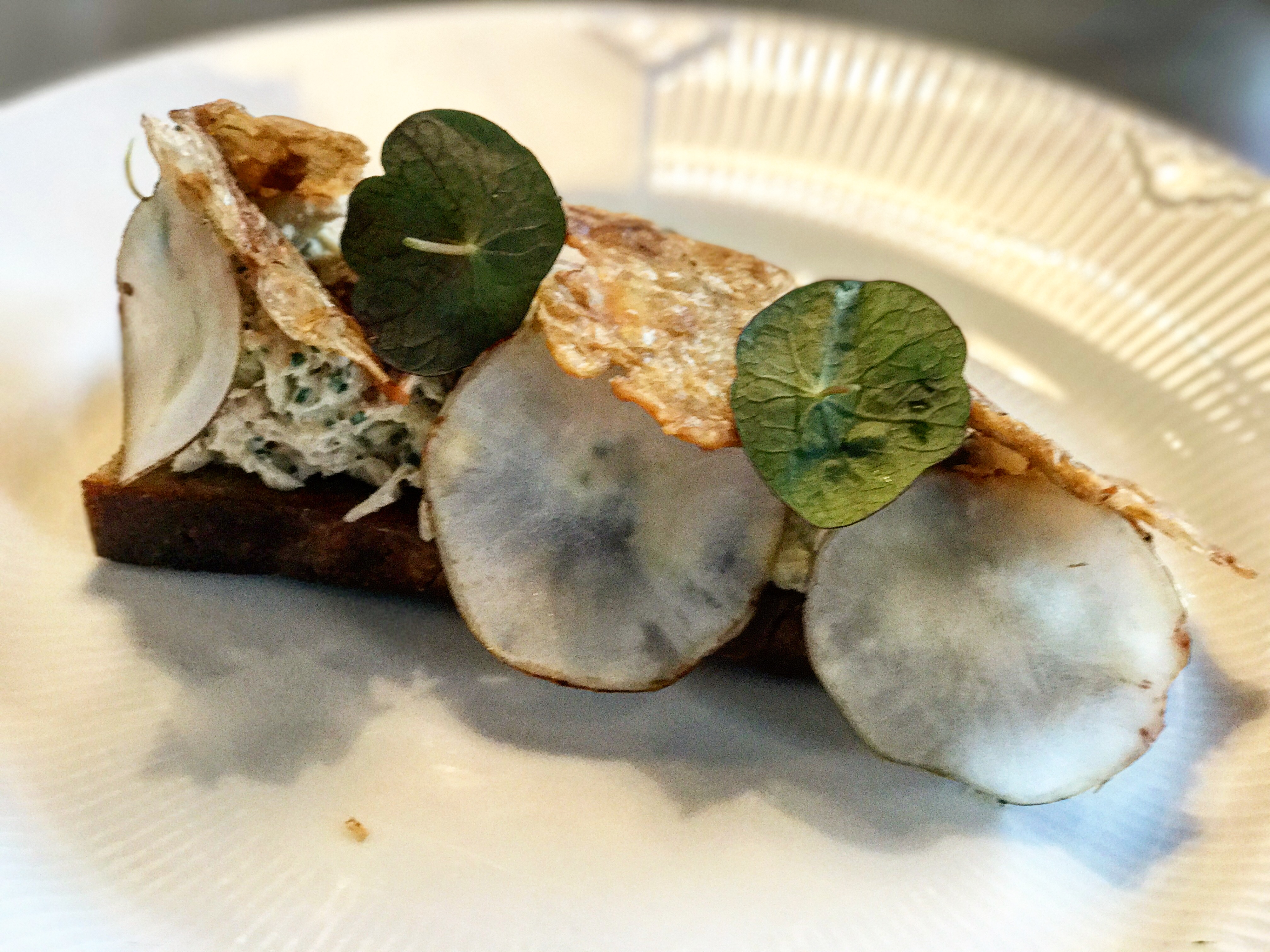 It’s been a while since we were completely blown away by a dessert. But when dessert is unimaginable, one can’t help but get rather excited. It was the most unusual dessert we have ever seen. It looked like a mound of pebbles and gravel with grass. The multiple textures, the complexity of flavours and the whole concept was just outstanding. The white chocolate mousse, fermented sour cream and apple sorbet with meringue was a taste sensation, and a brilliant creation. 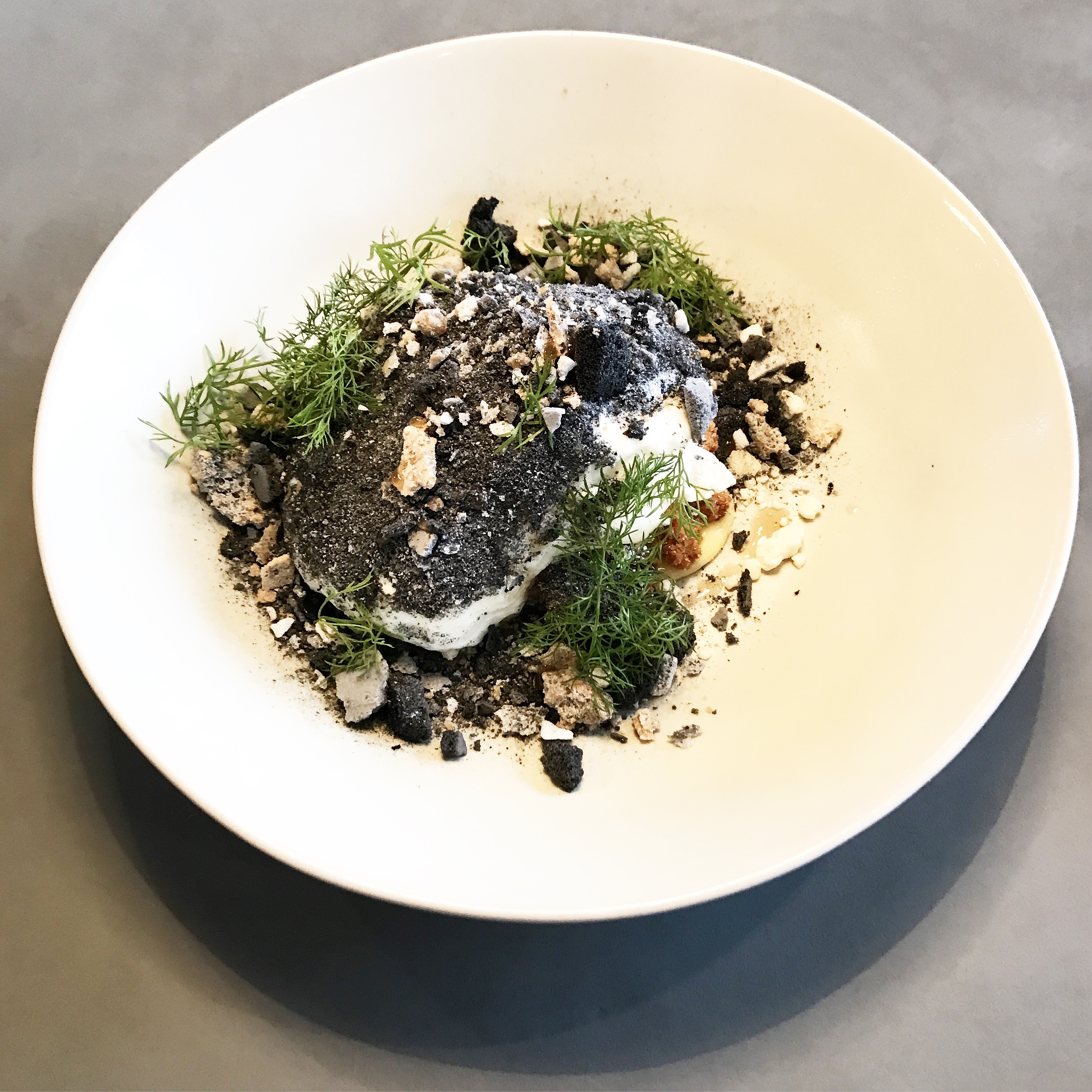 Whilst Noma puts Copenhagen on the foodie map, there are some really wonderful places to enjoy outstanding nouveau Nordic cuisine without reservations.

We did this recipe for a festive Christmas afternoon tea with a simple snowflake icing. We hope you enjoy making this recipe. Please do let us know how you get on with it.

Lightopia makes its London debut at the stunning Chiswick House and Gardens until  March 1st. Visitors become Lightopians and explore the interactive and immersive city of light and stories. The handmade, silk installations combine ancient techniques of Chinese lantern making with modern technology to create a magical new world, with the theme for this year’s inaugural event being “Harmony.” With amazing acrobats and musicians amongst  vast light installations, Lightopia is fantastic for the whole family. The stunning giant peacock synchronises with music, as light pulses through its wings in time with the beat. There’s even a breathtaking field of 70,000 individual roses flickering. There’s a camp fire where you can stop to toast giant marshmallows. This was perectly heart warming on a crisp, cold evening, Some of the displays are interactive and the enormous, glowing eggs change colour when rocked; musical buttons on the floor which create musical light shows when stepped on; paths of wintry flowers; an interactive Zodiac Sign piece, in which light and sound ingeniously travel together, and illuminated honeycomb arches surrounded by busy, glowing bees. Lightopia was absolutely amazing, and we hope it will be an annual event as we can’t wait to go back. Opening Hours: Wednesday – […]