Monopoly has to be our all time favourite childhood, Hasbro board game. The Christmas tradition of getting out the board game and playing day and night over the course of the holiday week, accruing debts and taking loans brings back fond memories. There was usually a bit of underhanded stealing from the bank during breaks, and it usually ended with a disgruntled sibling folding the board and demolishing all the houses and hotels if they didn’t land on “Mayfair.” Since the evolution of tablets and technology, digital Monopoly is not quite as exciting as it used to be. With auto roll of the dice, and no loans or I.O.U’s available,  and no possibility of cheating it has become less exhilarating. 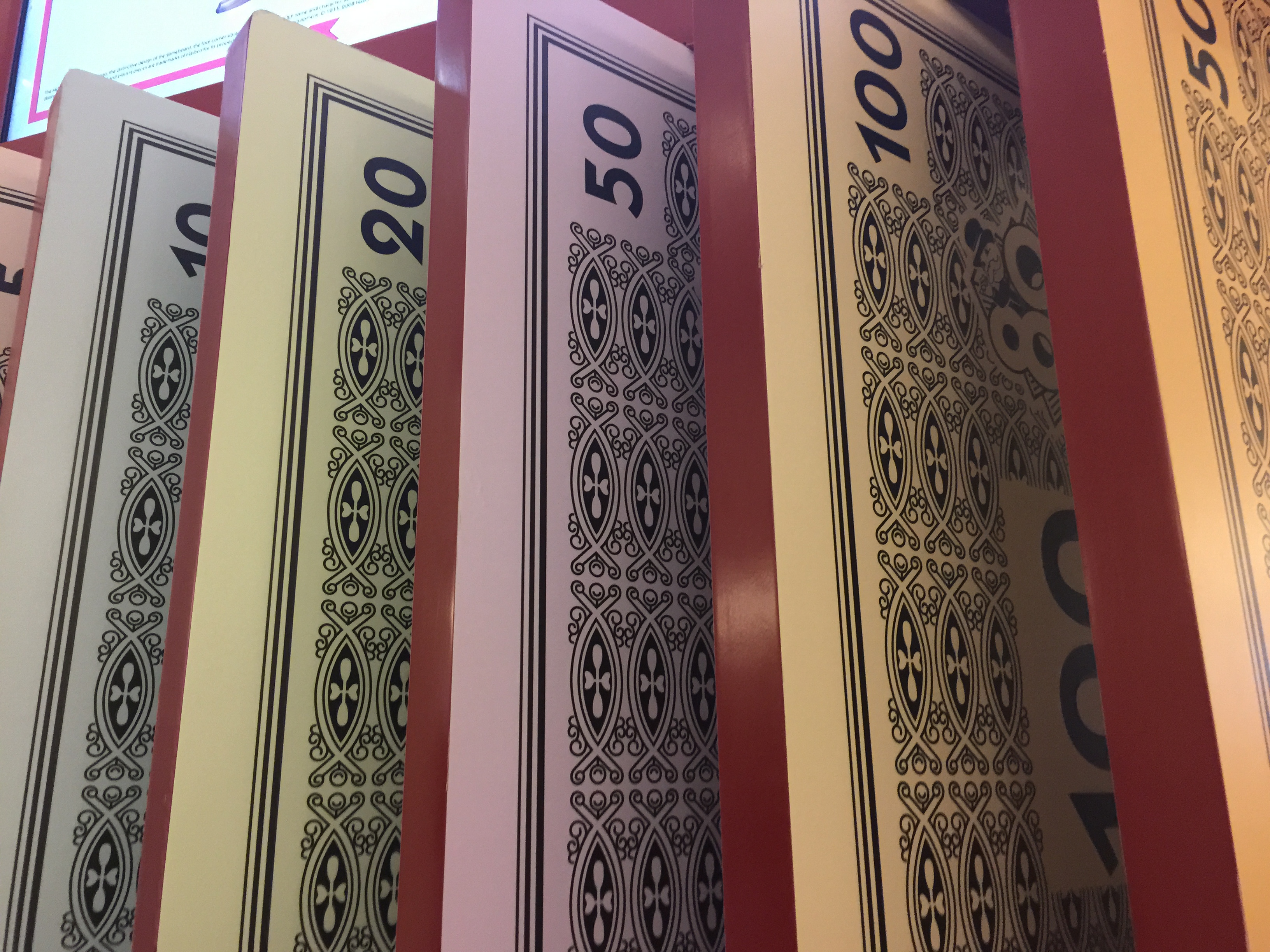 Imagine the delight when we found our favourite board game in the form of  a gigantic, life size monopoly board in The Mall of The Emirates, Dubai. 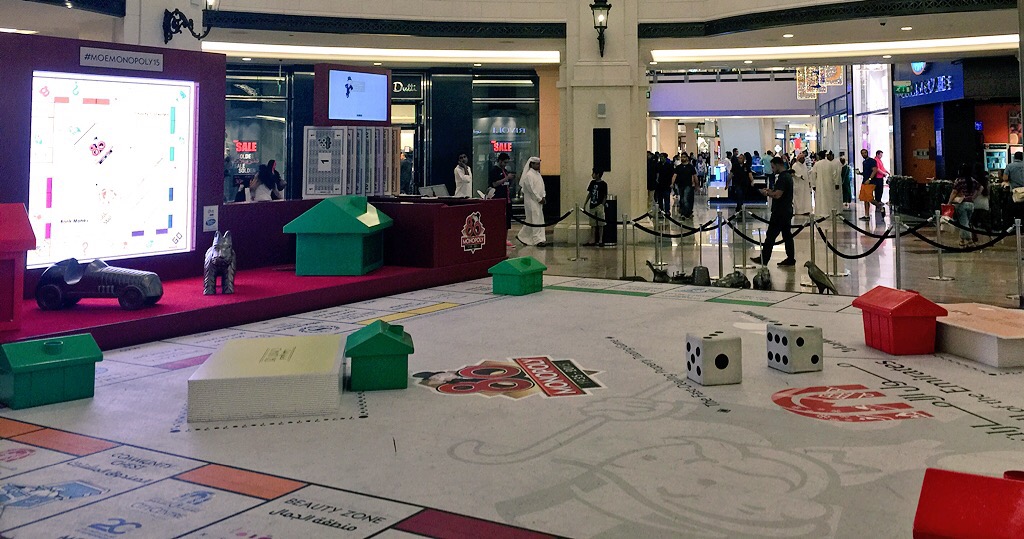 This was complete with an actual prison cell for you when you were dealt with those infamous words “Go to jail, go directly to jail, do not pass go,”  With a policeman to escort you there, Mr Monopoly hosted the game clutching his stick and stroking his perfect moustache. Drawing in the crowds, we queued for the best part of three hours to have roll on the giant dice. It made for a fantastically fun evening, and rather nostalgic. There were generous cash prizes being handed out, which is only to be expected in Dubai. 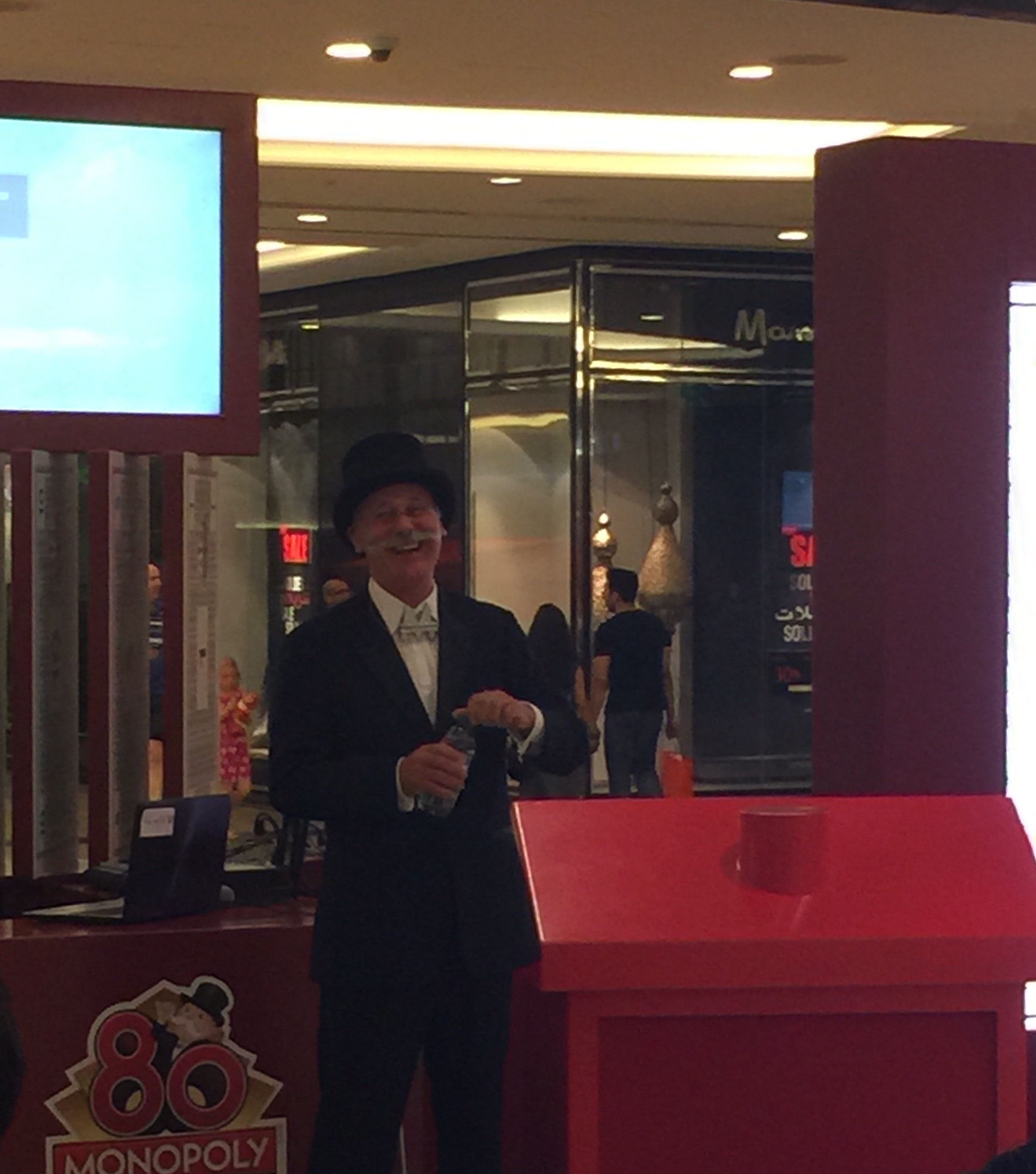 If you didn’t get to catch this in Dubai, rumour has it that Trafalgar Square in London is going to be transformed into a giant Monopoly board during the London Games Festival on April 2nd-3rd 2016. We can only hope it will be similar. There is unlikely to gold bars or cash prizes but it’s likely to be a lot of fun.

We did this recipe for a festive Christmas afternoon tea with a simple snowflake icing. We hope you enjoy making this recipe. Please do let us know how you get on with it.

Lightopia makes its London debut at the stunning Chiswick House and Gardens until  March 1st. Visitors become Lightopians and explore the interactive and immersive city of light and stories. The handmade, silk installations combine ancient techniques of Chinese lantern making with modern technology to create a magical new world, with the theme for this year’s inaugural event being “Harmony.” With amazing acrobats and musicians amongst  vast light installations, Lightopia is fantastic for the whole family. The stunning giant peacock synchronises with music, as light pulses through its wings in time with the beat. There’s even a breathtaking field of 70,000 individual roses flickering. There’s a camp fire where you can stop to toast giant marshmallows. This was perectly heart warming on a crisp, cold evening, Some of the displays are interactive and the enormous, glowing eggs change colour when rocked; musical buttons on the floor which create musical light shows when stepped on; paths of wintry flowers; an interactive Zodiac Sign piece, in which light and sound ingeniously travel together, and illuminated honeycomb arches surrounded by busy, glowing bees. Lightopia was absolutely amazing, and we hope it will be an annual event as we can’t wait to go back. Opening Hours: Wednesday – […]