Is The New York Café the Most Beautiful Café in the World?

The New York Café is referred to as “the most beautiful café in the world.” So if that doesn’t set expectations high- what does? Having visited some interesting cafe’s over the years in Japan, we really did not know what to expect. Slightly sceptical initially, we were in fact completely blown away. It is most definitely worthy of it’s title. The Budapest café is by far, the most beautiful café, we have ever visited in the entire world. The New York Palace dates back to the 1890’s when the Café was the most  popular coffee house in Budapest. Destroyed in the war, in 2006 it was restored to it’s former glory as the Boscolo Budapest Hotel. The Boscolo group are renowned for their five star properties, which are as luxurious and lavish as they are unique and full of character. The hotel is stylish with a stunning atrium. 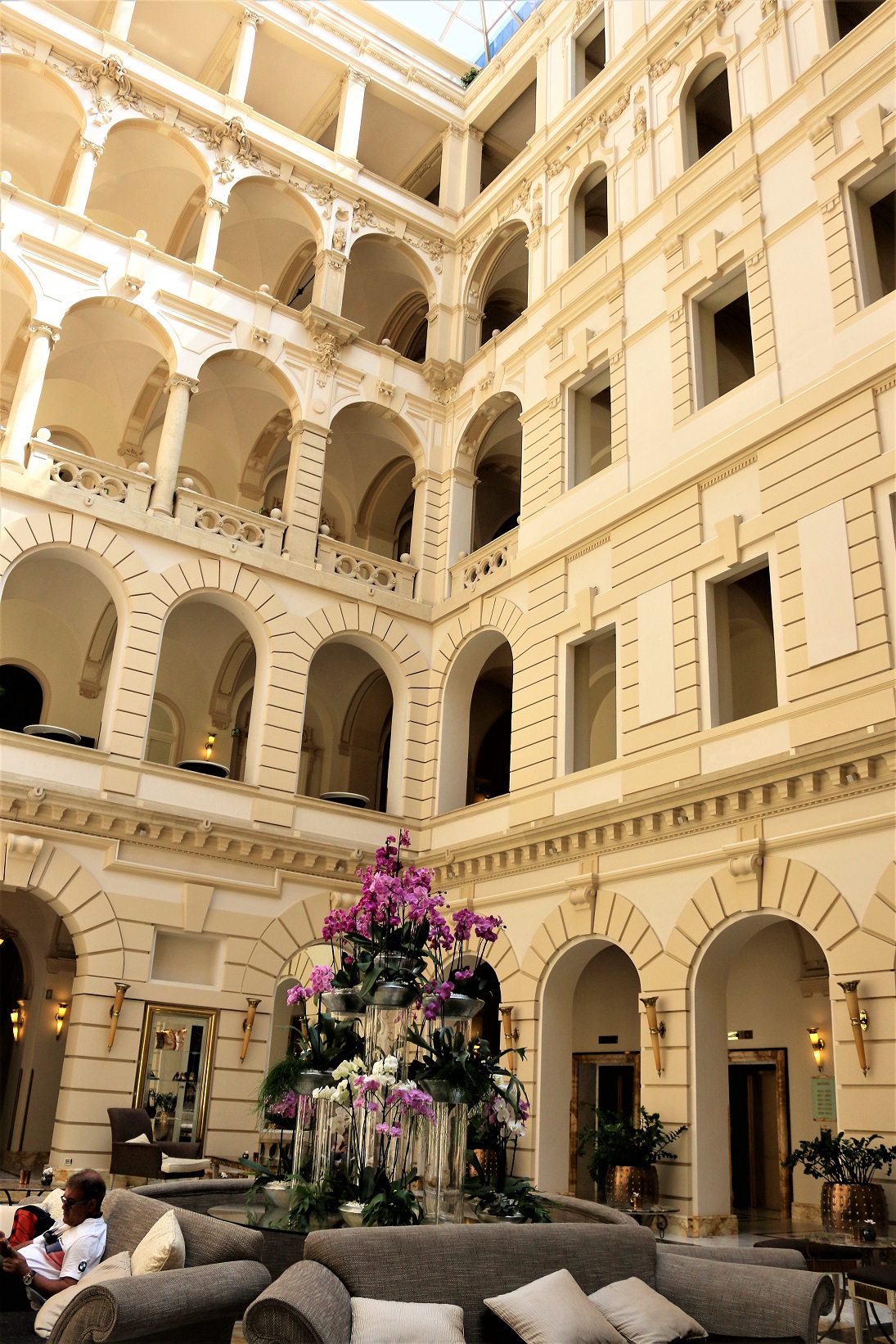 The New York Café  can only be described as resembling the inside of an ornate cathedral or grand concert hall. The Renaissance style café has beautiful paintings on the ceilings, with a piano heard echoing throughout. It’s so calm and tranquil with “Somewhere over the rainbow” being played. It’s a rather surreal venue, that is ideal for a romantic celebration, be it a birthday, or anniversary. 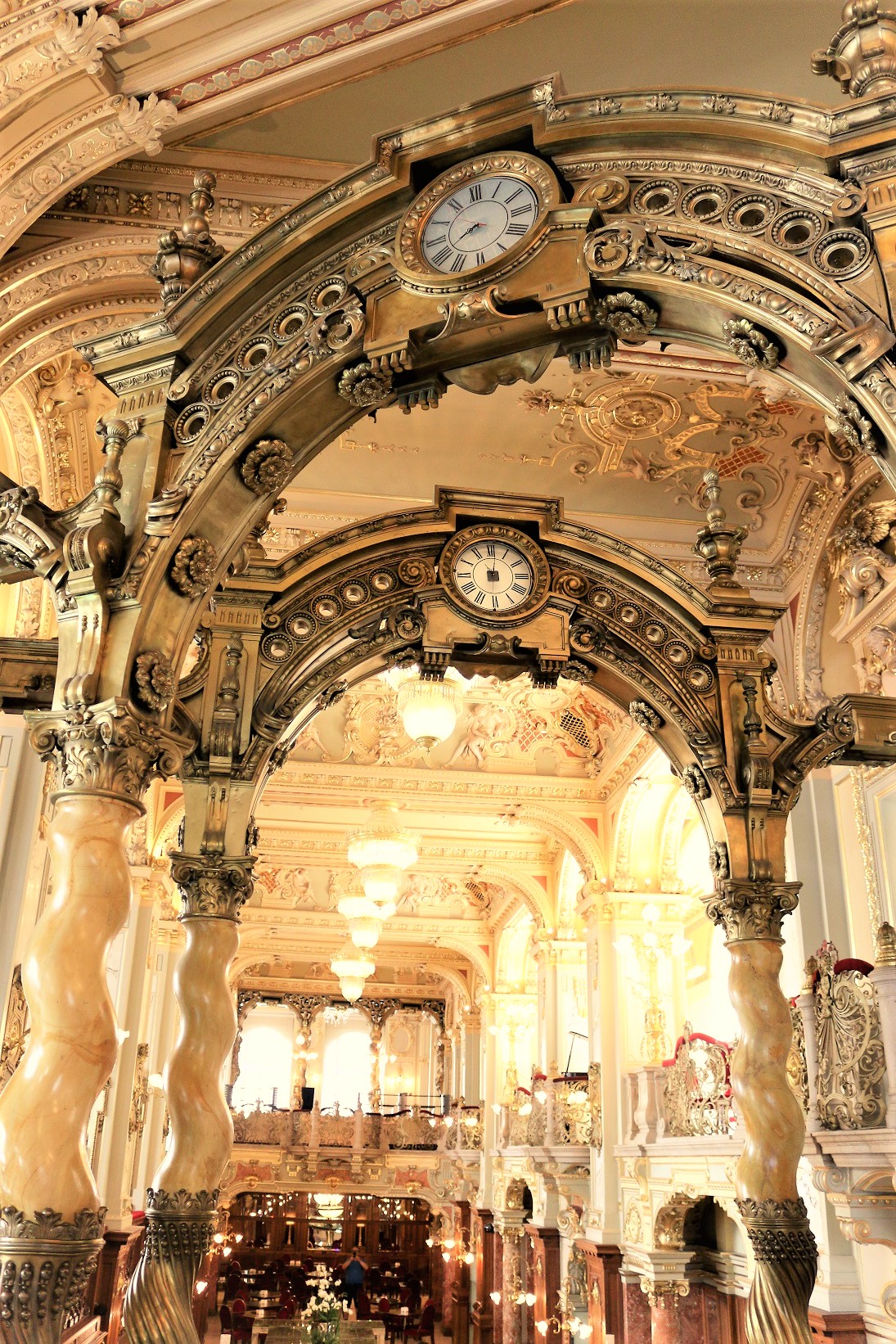 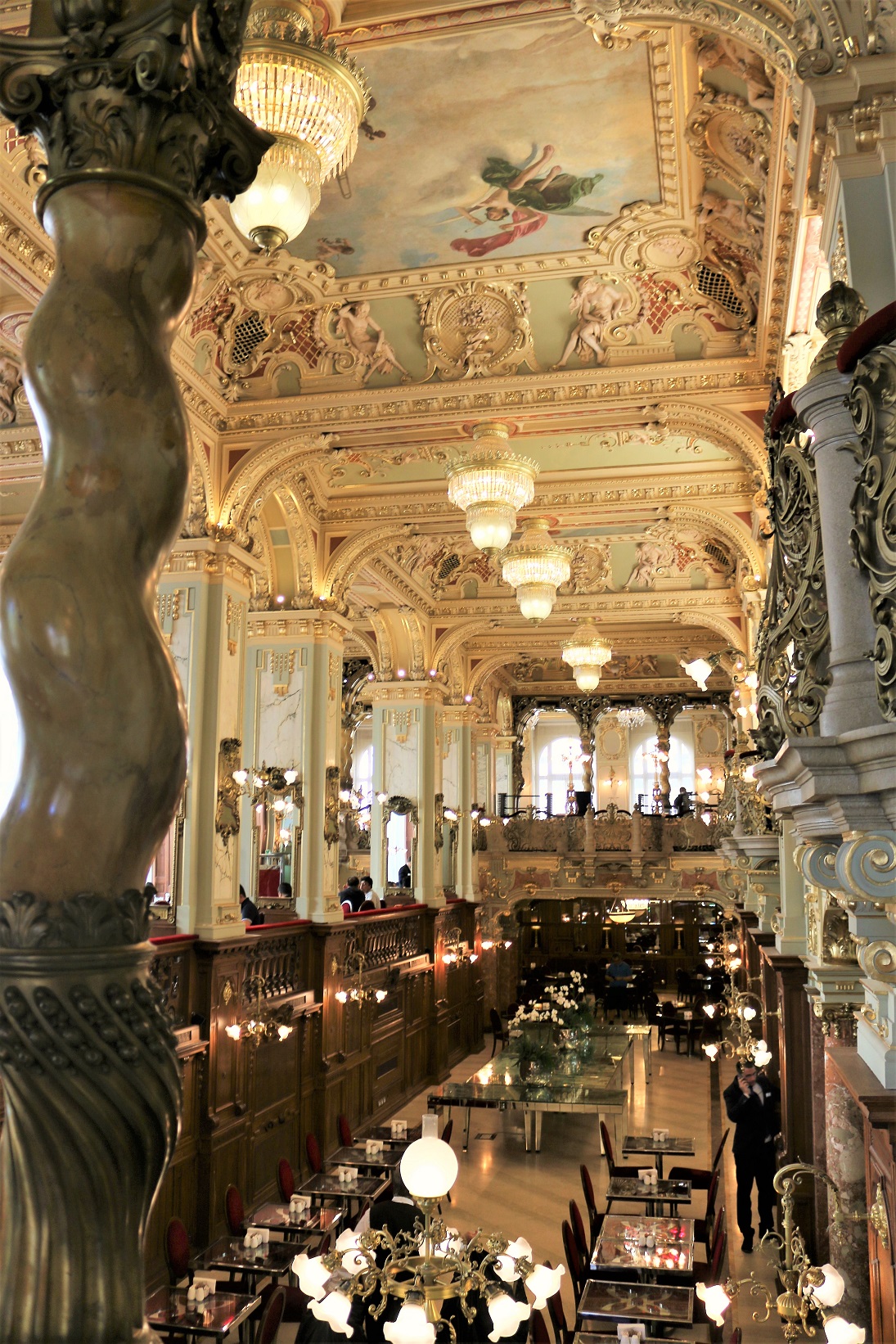 The mezzanine floor is the best place to sit back and take it all in. One can only marvel over the impressive 120 year old architecture, as the aroma of freshly roasted coffee diffuses through The New York Café. 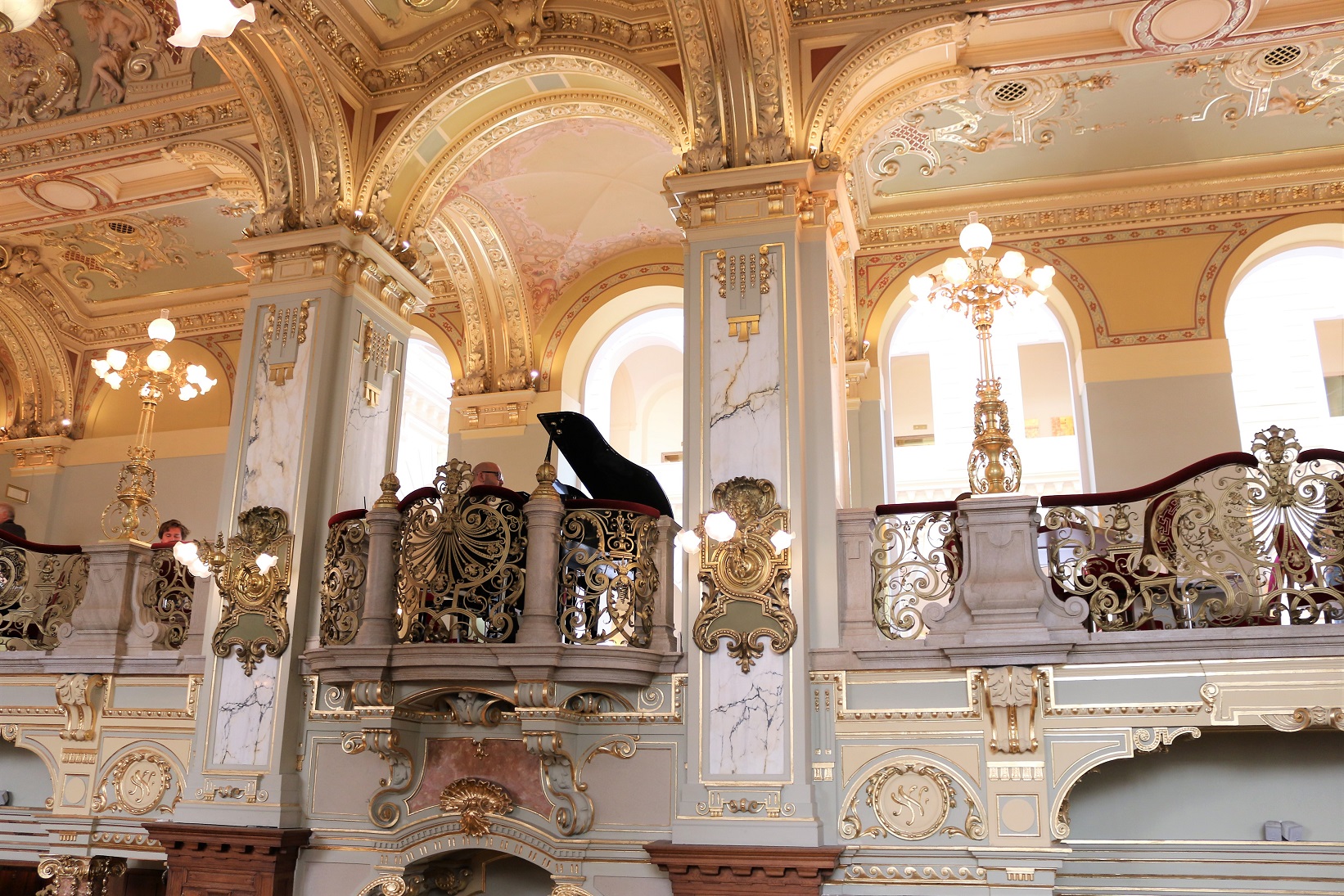 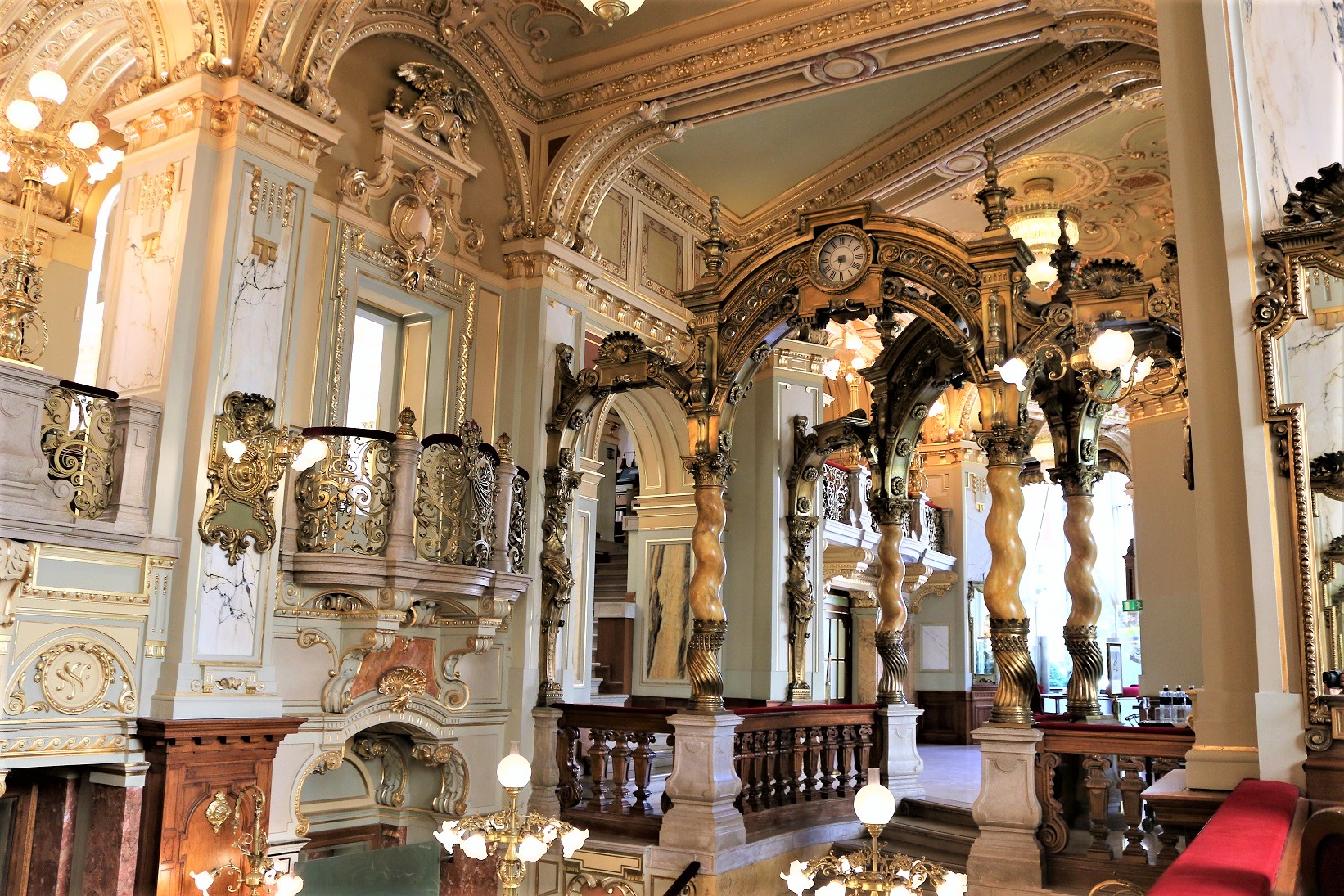 The mojitos are perfectly refreshing, after a day exploring Budapest, and to sit back and absorb the opulent surroundings. 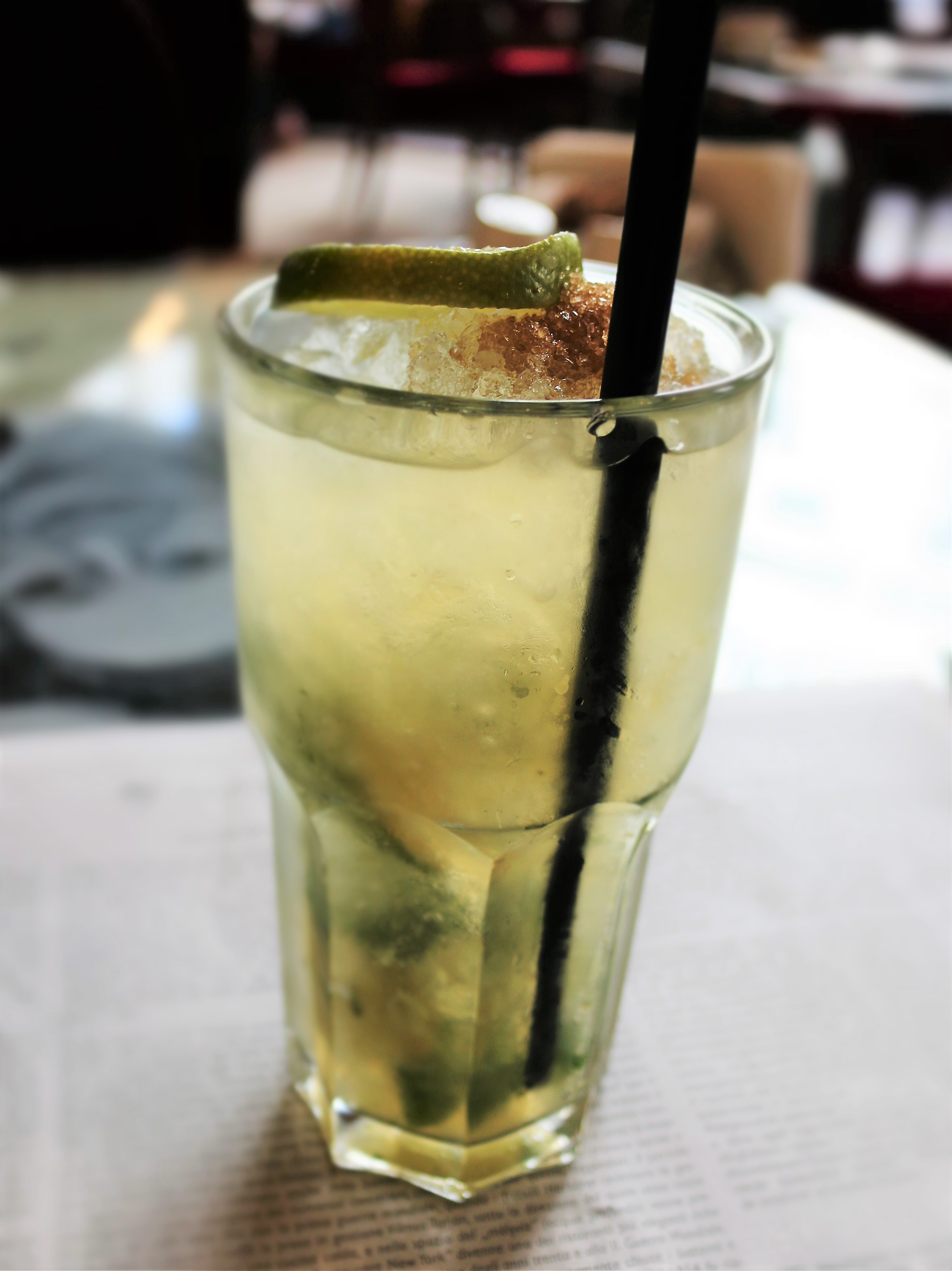 One can’t help but get carried away with the extensive European menu. 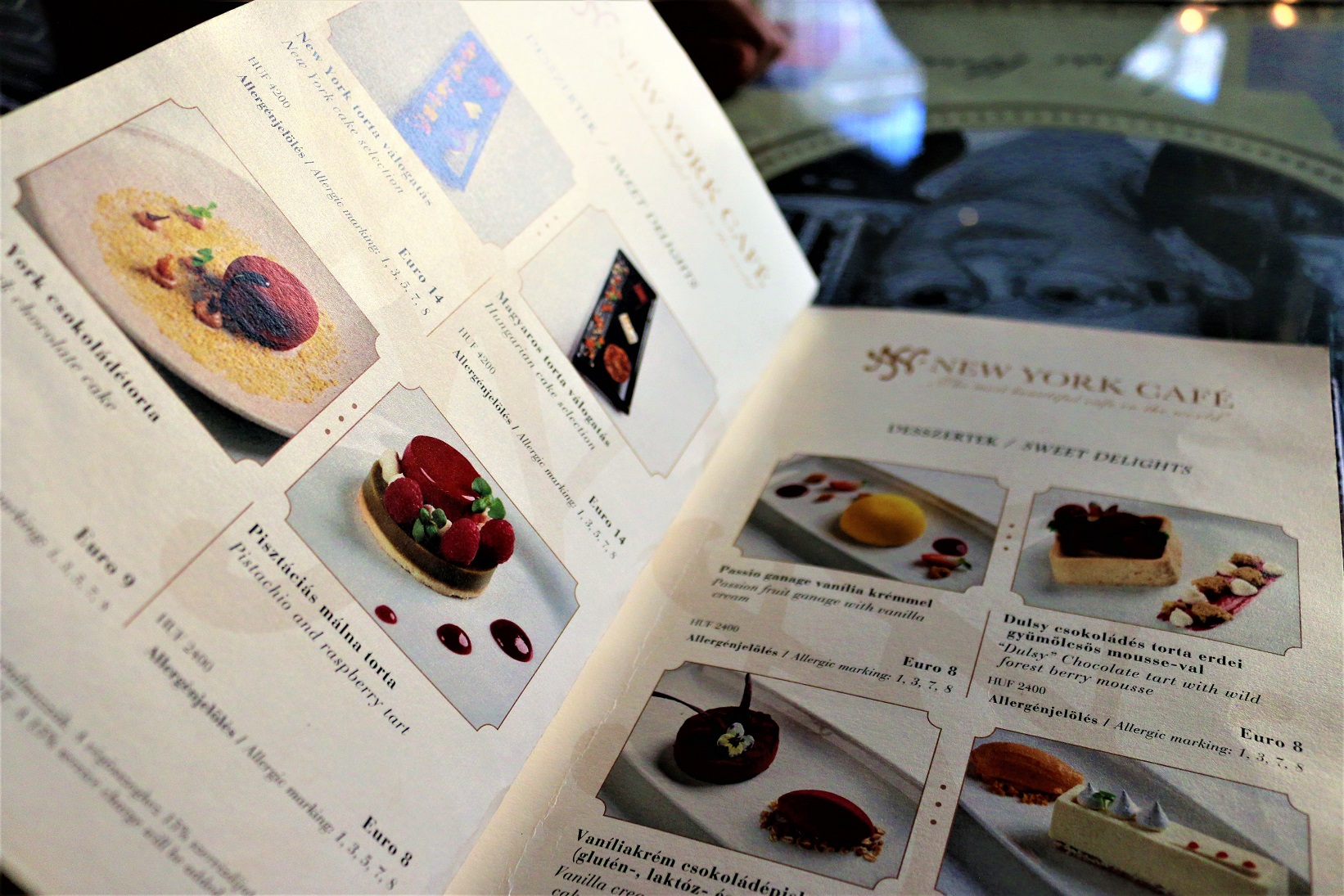 The customary warm basket of bread and savoury fresh egg spaghetti Bolognese, topped with shavings of parmesan were so hearty for lunch.The desserts looked absolutely amazing however we will have to try them next time. 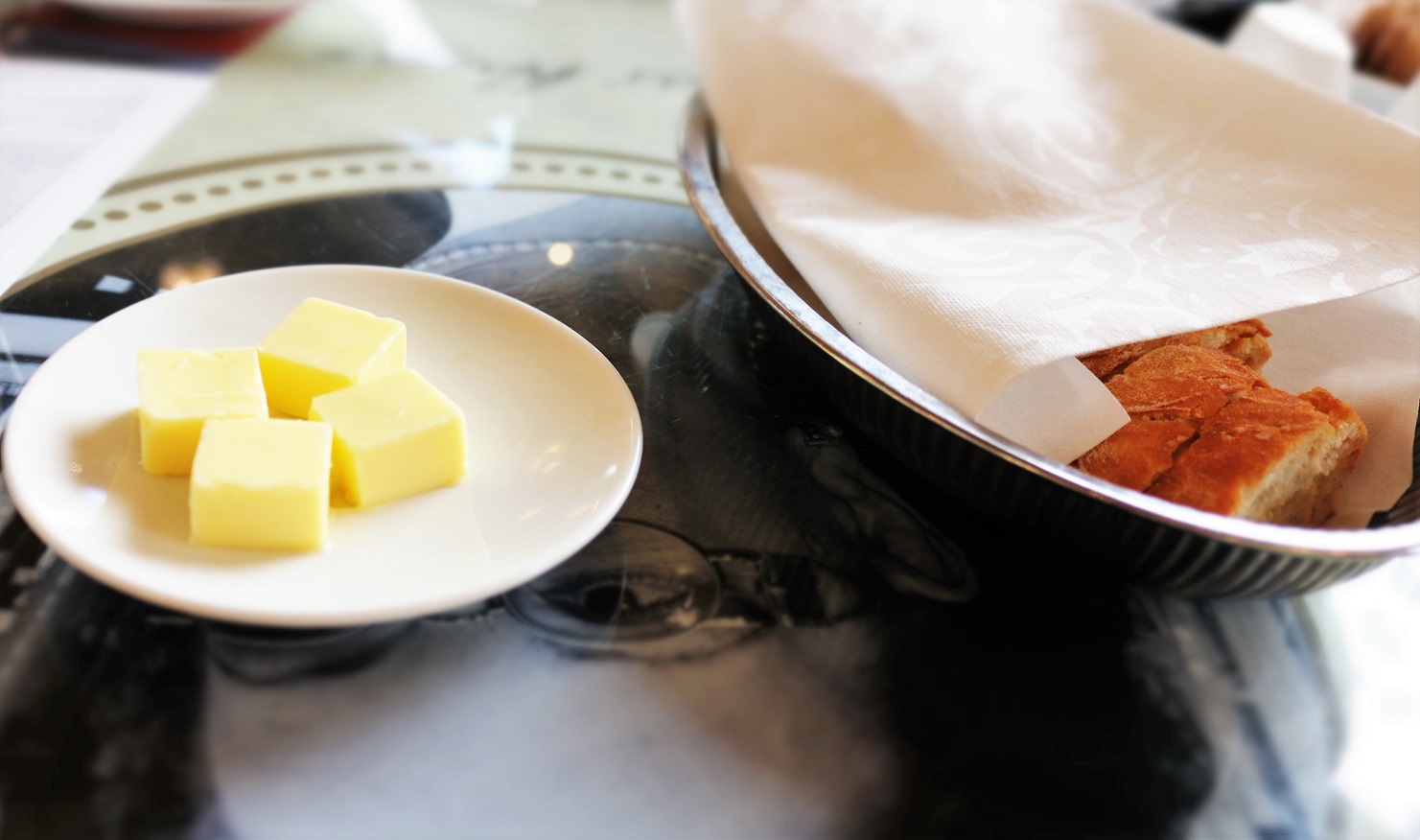 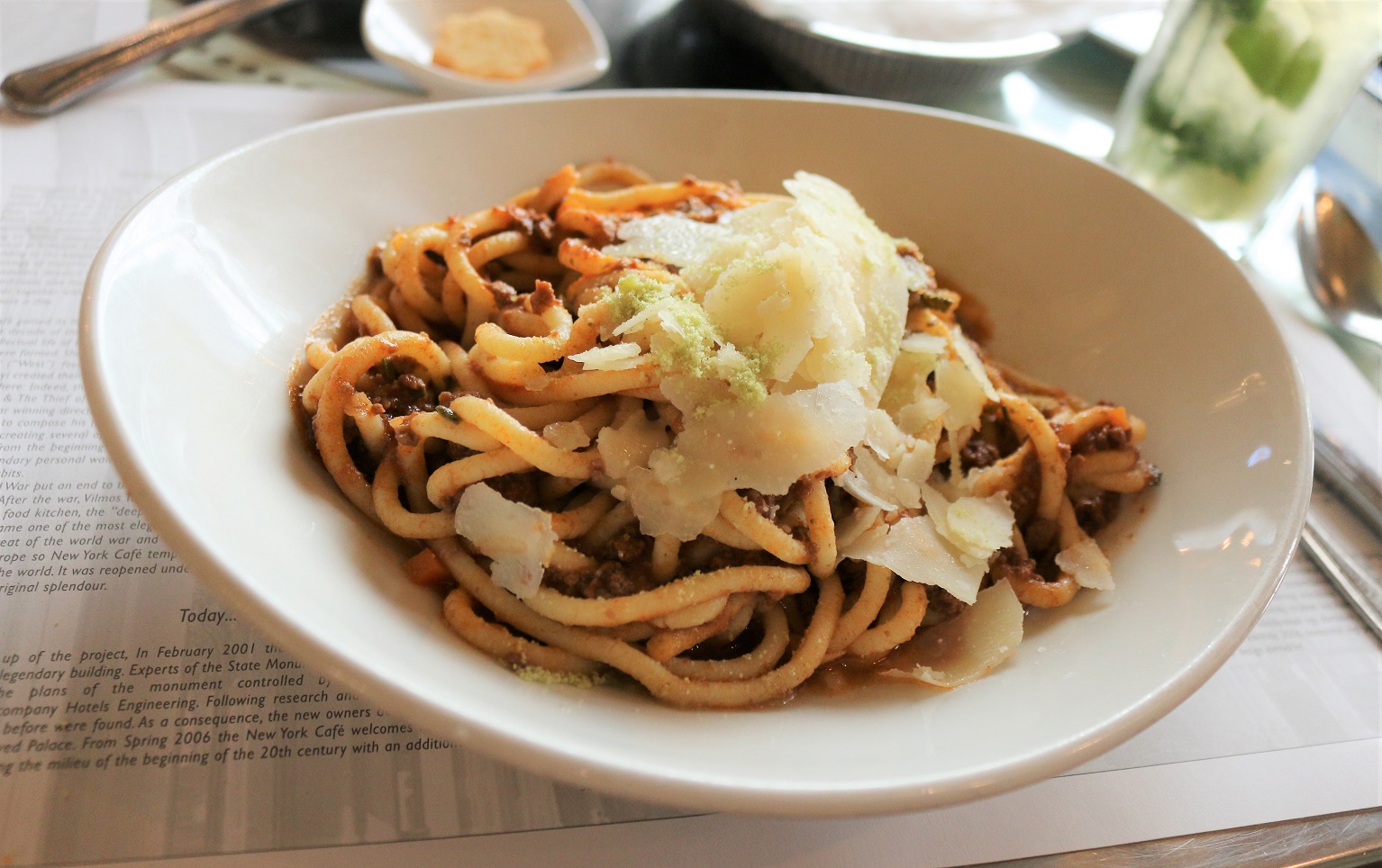 There are really no words that can do justice for The New York Café. It is unbelievably beautiful, and is really not to be missed when visiting Budapest. It’s ideal for a memorable celebration, that will have you reminiscing for years ahead. However be warned, it will make it virtually impossible to find somewhere with such an amazing ambiance for future years to celebrate. Fortunately Budapest is home to one of the most beautiful restaurants. Won’t you agree this is the most beautiful café in the world? 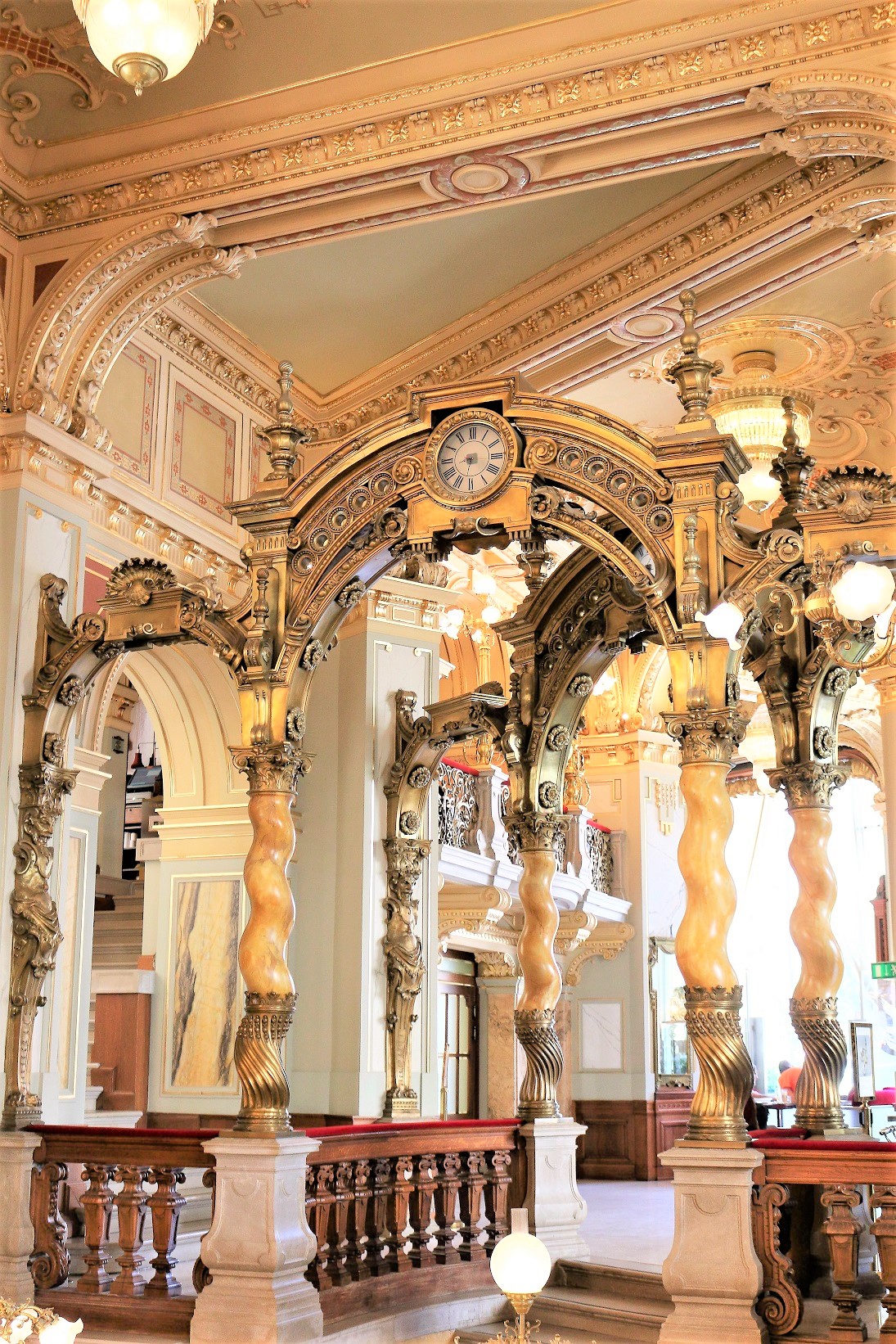 Lightopia makes its London debut at the stunning Chiswick House and Gardens until  March 1st. Visitors become Lightopians and explore the interactive and immersive city of light and stories. The handmade, silk installations combine ancient techniques of Chinese lantern making with modern technology to create a magical new world, with the theme for this year’s inaugural event being “Harmony.”   With amazing acrobats and musicians amongst  vast light installations, Lightopia is fantastic for the whole family. The stunning giant peacock synchronises with music, as light pulses through its wings in time with the beat. There’s even a breathtaking field of 70,000 individual roses flickering. There’s a camp fire where you can stop to toast giant marshmallows. This was perectly heart warming on a crisp, cold evening, Some of the displays are interactive and the enormous, glowing eggs change colour when rocked; musical buttons on the floor which create musical light shows when stepped on; paths of wintry flowers; an interactive Zodiac Sign piece, in which light and sound ingeniously travel together, and illuminated honeycomb arches surrounded by busy, glowing bees. The projections onto Chiswick House with state-ofthe-art 3D video mapping creates a visual masterpiece across its grand exterior, bringing the story of Lightopia […]

There’s a wonderful sense of nostalgia at Christmas time which makes it our favourite time of year. There’s obviously a desire to create even more magical memories every year, especially for our baby. This year we were so excited to visit Chessington Garden Centre’s Santa’s Grotto with our little one. There’s a really jolly feel from the moment you enter, with cuddly snowmen singing, and dancing elves to greet you. Promptly ushered into the Creation Room by Elves, the journey through the Grotto begins. The kids get to fill a bauble with their Christmas wish and endless sparkly confetti. It was a lovely activity which seemed to be perfect for all ages groups. It seemed to be an absolute favourite for our 18 month old. He genuinely didn’t want to leave. Give a baby a room full of endless glitter and it’s no wonder really! After a bit of coaxing we managed to get him out, but we couldn’t convinvce him to close his baubel. So he sprinkled a trail of magical sparkle with every step, leaving a trail through the grotto. The displays at Chessington Garden Centre are so phenomenal. It just leaves you feeling happy as you walk through […]