How much would you like to be in the Caribbean right now? The sun, sea and the infectious rhythm of the Caribbean are coming to K West Hotel & Spa. Expert mixologists behind Studio Bar are serving up three new, exclusive cocktails from the Barbados, until the end of April. Satisfy your curiosity and tastebuds with the […]

With so many wonderful Caribbean islands how would you even begin to choose? As far as we are concerned, look no further than the luxurious, private island of COMO Parrot Cay. It is sheer paradise. It is an exclusive, 1000 acre private island tucked into Turks & Caicos in the Caribbean Sea. With powder sands and pristine, clear waters it is […]

The Ladera Resort, St Lucia is set on a UNESCO world heritage site on Soufriere Volcano. It boasts a unique concept, with each private suite having just three walls. There is no wall on the outer side of the rooms, leaving you at one with nature. Merely with nets around the four poster bed it’s an experience like […] 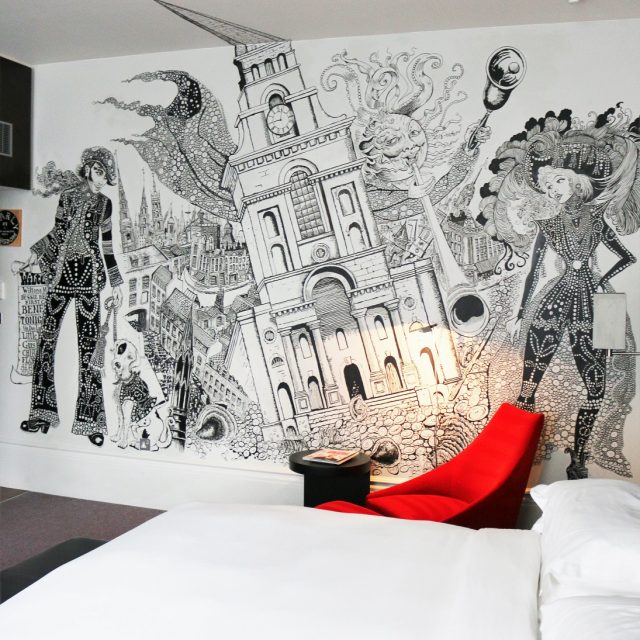 A stone throw away from the hustle and bustle of Liverpool Street station, there is a distinct sense of calm at the boutique hotel, The Andaz. The Hyatt hotel is housed in an extraordinary, Victorian building designed by the very same architects who designed the Houses of Parliament. This sets the precedent for the five star establishment. From the moment you enter you can smell the luxury. No really you can. There’s a divine floral fragrance that gently wafts through the hotel.The lobby at The Andaz, is rather unexpectedly, modern and contemporary. The hotel seems to have a distinct mix of trendy modern with traditional Victorian features throughout. The deluxe king Pearly Room  features a bespoke, monochrome mural, by street artist, Patrick Morgan. It’s an interesting feature representative of East London pop culture, with the iconic Spitalfield’s Church tower, surrounded by endless buttons. In the late 19th century, a Japanese ship carrying pearl buttons sank in the River Thames. Market traders flocked to salvage the buttons and sewed them onto their clothes, becoming the infamous Pearly Kings and Queens, depicted in the mural. The room is quite minimalistic yet sophisticated and comfortable. The Andaz Liverpool Street have thoughtfully kitted out the room with a Bose docking station, a well stocked non-alcoholic mini bar and tempting snacks that are all complimentary. This is a nice touch, […] 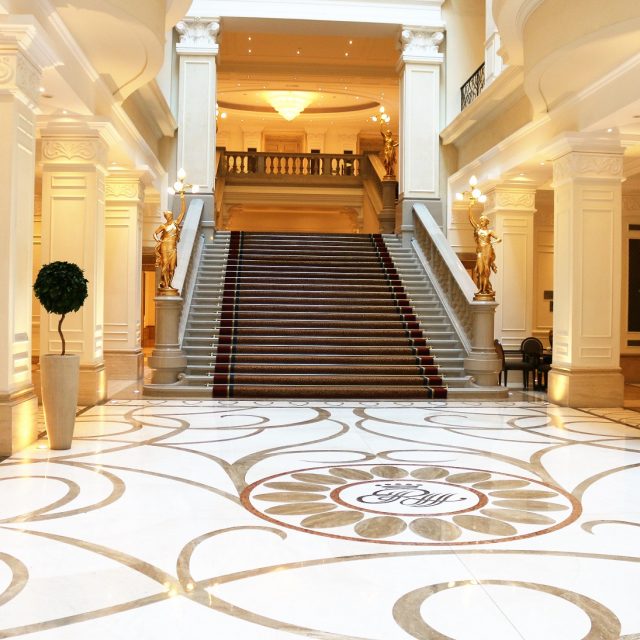 Budapest is a charming city to explore for a long weekend, and the most lovely place to celebrate an anniversary. Unbeknown to us, Budapest is in fact split into two main regions divided by the river – Buda and Pest. The Corinthia Hotel is an iconic luxury hotel on the fringe of the Jewish quarter in Pest, and a short walk to the River Danube. Celebrating 120 years, the hotel has a beautiful history. It exudes grandeur from the moment you walk in. Service is swift and attentive. The series of stylish covered atriums make it light and airy. The sound of a pianist frequently echoes through the atriums, and once week comes an artist to paint indulgently with chocolate. The Royal Spa has been restored to its former glory and one can just imagine how beautiful the traditional baths were. It can get quite busy as guests wonder through the assortment of saunas, steam rooms and Jacuzzis. The Executive rooms at The Corinthia are sophisticated and stylish. The rooms are plush with Mahogney furniture and marble bathrooms and are extremely comfortable. Overlooking the internal atriums the rooms remain quiet and relaxing. The ESPA toiletries of bergamot, jasmine and a hint of cedarwood are luxurious […] 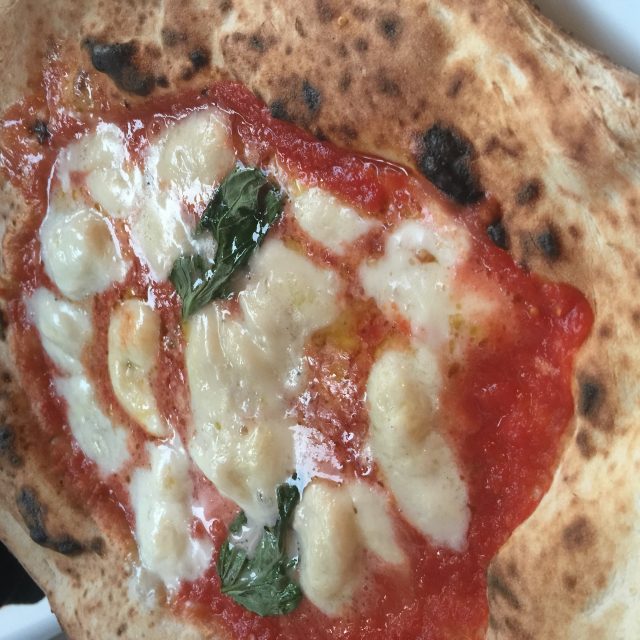 So if we share this hidden gem- will it no longer be a hidden gem? The queues are often out of the door, so perhaps the secret is already out. With years of searching for the best pizza, we found it on our doorstep. With regular trips to Italy, often day trips, just to savour a slice who would have thought we’d be happy with a West London pizza parlour. Naples is home of the best pizzas in the world but this place comes pretty close. Santa Maria Pizzeria is as authentic as it gets in London. Wood fired pizzas from the hole in the wall restaurant are sensational. The pizza is served piping hot, with a light airy base, with a very slight crispness at the edges. They are so fresh and lovely we just can’t get enough. It comes fully loaded with buffalo mozzarella and perfectly tangy, tantalising, sweet tomato sauce and torn fresh basil. We always pick the Margherita, or the Carmela, piled high with Prosciutto ham and mushroom. The aubergine parmigiana is absolutely divine, served with a sour dough bread. Santa Maria is a no nonsense sort of place, with what feels like hearty, home cooked […] 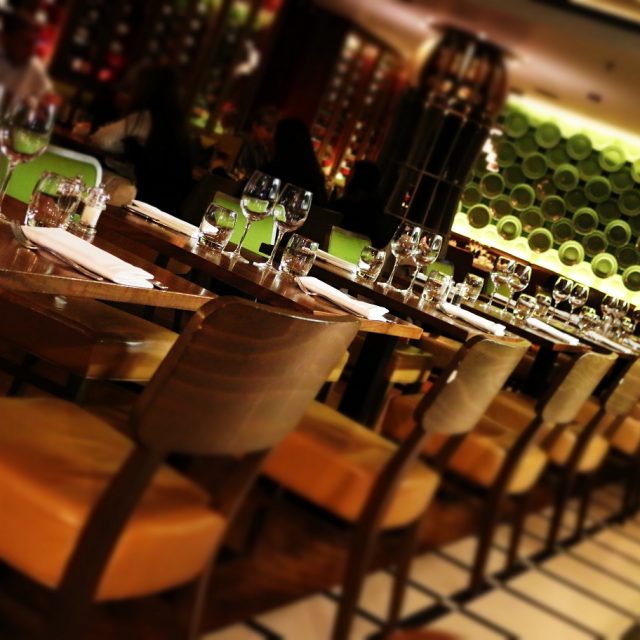 There are so many amazing restaurants in London and it’s always exciting to find a new place to frequent. There are trendy Rocket Restaurants scattered throughout the heart of the city. They have a great vibe and the Bishopsgate bar is buzzing in the middle of the week, with suited and booted city folk. The restaurant is funky and modern with retro space invaders finding their way onto the walls. The extensive menu is a mixture of Italian food served in an American, hearty style. The starter of Caprese salad is refreshing and served as large wedges of Buffalo Mozzarella, with flavoursome cherry tomatoes and a drizzle of balsamic & basil salsa served with artisan bread. The crispy fried calamari is served rather fittingly on a bed of rocket, peppers & spring onion with a tangy, sweet chilli & lemon dressing. The stone baked pizzas are a must have here and large enough to share. But with so many different options and when you taste them you will really not want to share. The dough is light and perfectly thin. The prosciutto & mushroom pizza is generously scattered with jalapeños, bocconcini & fresh basil. It really is rather delicious. Mac ‘n’ cheese is very much an American side dish but seems to be finding its way on more and more […]