Syon Park House and Garden’s annual Enchanted Woodland is back, and it is just as magical as it is every year. In it’s fourteenth year, it’s becoming our annual tradition to explore the beautifully illuminated trail, which marks the start of the run up to Christmas. Whilst most winter nights we’d rather be snuggled up […]

Now the sun is finally here, fancy a night out on the beach in London? Well now you can kick back, and lie on a sunbed and catch some rays of sunshine, in the lovely courtyard at the Crowne Plaza Kensington. It feels slightly surreal, as you pop on some flip flops and walk through […]

It’s that time of year again when Syon Park is illuminated, showcasing its thirteenth year of the Enchanted Woodland. As the evenings are getting colder it’s definitely worth wrapping up warm to enjoy the magical experience. The mile long route passes through the historic arboretum surrounding Syon House, the London home of the Duke of [...]

Its always exciting when there’s a new restaurant in town. Stecca opened just a few months ago, and is a lovely fine dining Italian restaurant in the heart of Chelsea. Whilst a Monday evening won’t necessarily be a night for celebrity spotting, it’s definitely buzzing with approving local Italians. Award winning chef Stefano Stecca is […]

Flip Out trampoline parks boast some of the largest trampolines in the U.K and is flipping awesome. As soon as you enter the huge arena, there’s an overwhelming number of neon trampolines. There’s an unmistakable sound of excitable children and adults jumping up and down. Starting at the beginning is best to get warmed up, because as […]

Behind a rather ordinary façade, inside The Trading House, it’s unexpectedly quirky. The restaurant is rather intriguing, stylish and unique. The dark wood panelled room is ornate, adorned with the most beautiful lights and interesting murials on the wall, and a variety of stuffed animals. The scene set is that of exotic trade and travel and leaves one expecatant of an interesting culinary journey. Whilst there’s […]

As you arrive over the clickety clackety bridge, to the impressive private island of Isle of Eriska, nothing can prepare you for what awaits. Passing through woodlands, the “Relais Chateux” property of Eriska, is a charming building set amongst 300 acres. It’s located close to a private air field if you’re lucky enough to own a […]

The five star Palazzo Versace Dubai is utterly stylish and sophisticated. The Palazzo Versace boasts some charming, fine dining restaurants including Vanita’s and Enigma. As the name suggests there’s an element of mystery to Enigma, that’s rather alluring. A dining concept that presents the “Inside Story” with award winning chefs, creating transient, unique menus for limited periods of time. At […]

The best gift for a birthday has to be a spa day. Not only is it a memorable way to mark a birthday for the one celebrating, but by joining them it’s a real treat for you too. A day at the five star, Coworth Park Hotel in Ascot is the best place to be pampered, as one […]

The Cavalli Club has to be one of the trendiest places on the Dubai night life scene. Tucked away at the back of The Fairmont, it’s all glitz and glam, as one would expect. There’s a red carpet entrance and velvet walls. With large crystal chandeliers suspended and plush leopard print seating it’s all very hip. The […] 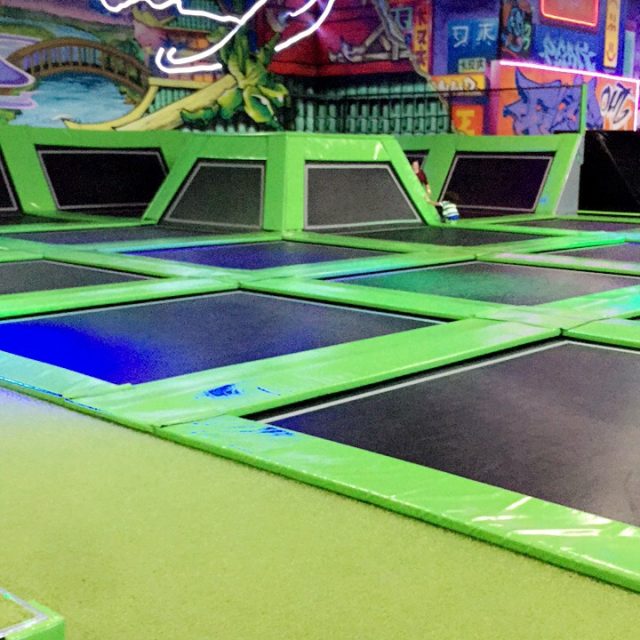 Flip Out trampoline parks boast some of the largest trampolines in the U.K and is flipping awesome. As soon as you enter the huge arena, there’s an overwhelming number of neon trampolines. There’s an unmistakable sound of excitable children and adults jumping up and down. Starting at the beginning is best to get warmed up, because as as you delve in deeper, and discover the advanced areas, with high towers to jump on and off; this area is for adults only! Until you actually climb the towers, you don’t fully appreciate how scary it is jumping from such heights. Flip out invites you to conquer your fears and explore your daring side. Heading out of the adult only area, there are a pair of trampolines that see you diving into a giant pool filled with spongey cubes. This was an absolute blast. It doesn’t get better than this. Climbing out of the pool was a bit of a struggle but it’s definitely worth it and we couldn’t resist jumping right back right in again. Or rather falling back in at the gladiator arena after a duel. Once you are well acquainted and warmed up, there is a competitive, timed ninja warrior course, to test your ninja […] 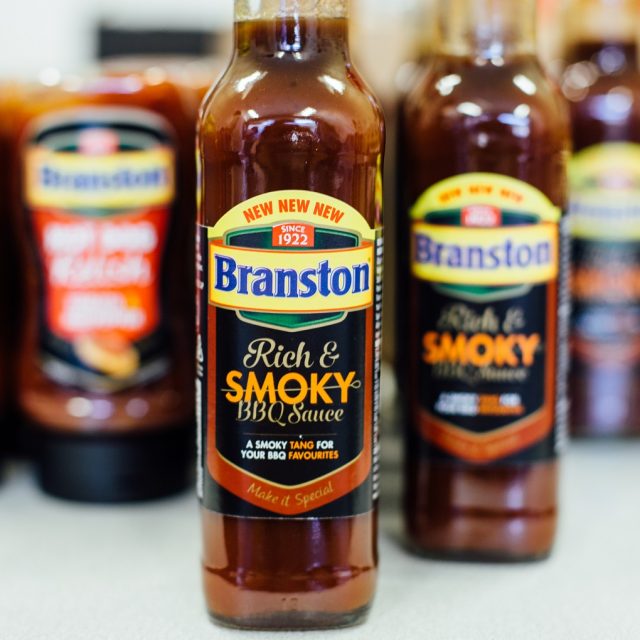 Disclaimer:  Concierge Angel were guests of Branston’s and attended on a complimentary basis. However, all opinions and photos belong to Concierge Angel, unless otherwise stated and remain a trademark of Concierge Angel. 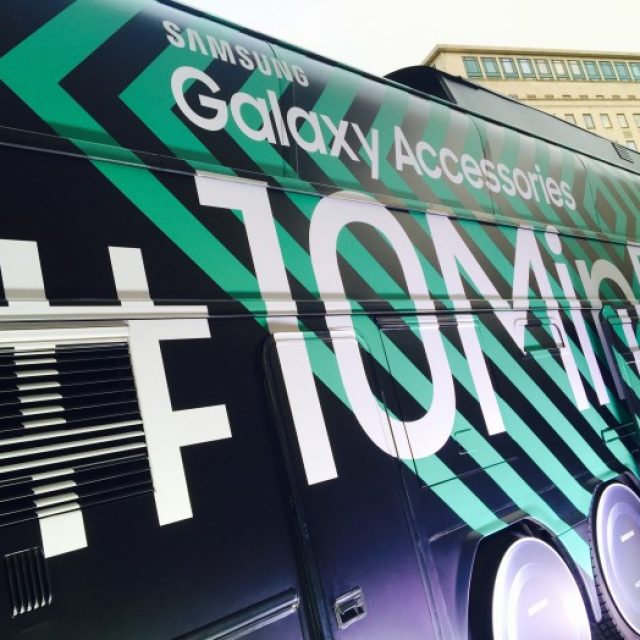 If your are fortunate enough to catch the pop-up Samsung #10minbreak bus by Southbank, you may find yourself mesmerised by their virtual reality demo. Hear about their new products and how NFC (near field communication) is all the rage. After years of virtual reality technology not really hitting the mark, Samsung Galaxy has revolutionised it. Simply slot your Samsung Galaxy phone in, and be marvelled by the most amazing experience ever. Mount a surf board and take a ride. Look up and it’s sunny, look down and you are riding the waves surrounded by beautiful scenery in high definition. It’s definitely the gadget to get your hands on and top of our Christmas wish list. Imagine it’s a grey, rainy day and you fancy a holiday, just pop on your virtual reality portal and you could be anywhere from the comfort of your own home. We are complete converts to virtual reality now and you will be too Samsung Galaxy VR

Magical Walk in the Enchanted Woodland of Syon Park 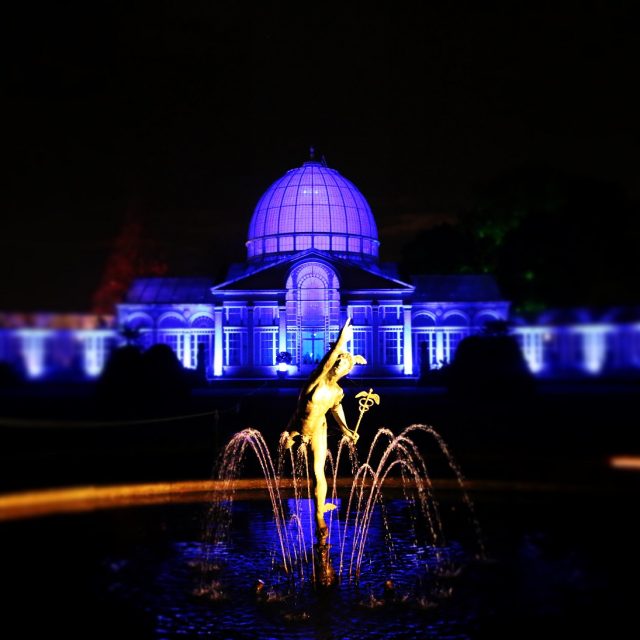 Syon Park is stunning all year round, but the colours from the Autumnal trees is just glorious. Annually, as the days get shorter and the nights draw in, Syon Park is transformed into an Enchanted Woodland. It’s an immersive, magical trail through the lush gardens, by nightfall. Wrap up warm, as there’s over a mile of fairy lights, and light projections bringing the woodland to life. The reflection of the multi-coloured illuminations onto the water, is just majestic. There are interesting sculptures to be found between the installations. There are mystical fairy doors, and lamp shades swaying from the trees. With giant sweets amongst the shrubs, one can’t help but feel like you have arrived in Wonderland. After all, Syon Park is where “Alice Through the Looking Glass” was filmed. There’s a touch of Christmas spirit, with baubles and snow flakes blowing in the wind. As the mist meanders, the rumblings of a dragon can be heard. And amidst the waters lurks Syon’s very own monster. It’s all rather surreal. The rotating disco ball hanging high up in the trees is dazzling and twinkling, as you walk through the woods. There’s plenty of fun to be had making shadows in the darkness of the […] 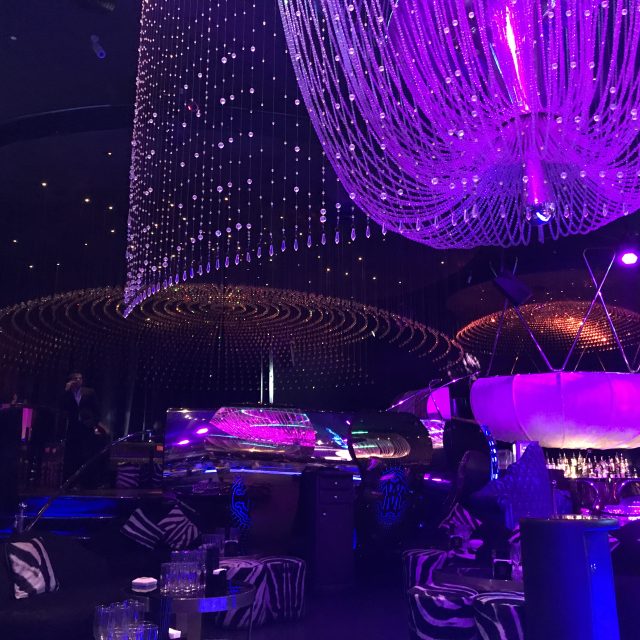 The Cavalli Club has to be one of the trendiest places on the Dubai night life scene. Tucked away at the back of The Fairmont, it’s all glitz and glam, as one would expect. There’s a red carpet entrance and velvet walls. With large crystal chandeliers suspended and plush leopard print seating it’s all very hip. The dress code is cocktail dresses and high heels and smart evening wear for the gents. Dubai is renowned for Sunday Brunch however if you are a sun worshipper this can prove difficult. So when we heard that Cavalli Club do a Sunday Midnight Brunch with cabaret this sounded perfect as it wouldn’t interfere in our sun time. It starts at around 8:30 and finishes around midnight. Tables are set beautifully with rather funky goblets and plates. The Sunday Midnight Brunch sees great little performances interspersed between the three courses and bottomless drinks. The impressive pyramid sharing starter arrived with lots of small spoons with a great variety of small bites. The options seemed endless, with capreese salads, to sushi, nachos, and calamari. Each mouthful was delicious and packed full of flavour. There was a choice of main courses but they seemed to lack lustre after the phenomenal starters. The saffron risotto, beef and gnocci were […]