Carved into a lava cliff, The Lava Restaurant is an unforgettable dining experience. There are breathtaking views over The Blue Lagoon. Mesmerising and delicious this has to be one of the most remarkable restaurants in the whole world. It can only be described as modern, casual fine dining. Guests are being welcomed in their robes from the spa and others in snow boots. The menu was delectable.

A warm bread baskets is always a nice start to a meal but at The Lava Restaurant this was out of this world. There was warm sour dough bread and cinnamon bread with hints of orange en-laced in the dough which smelled divine. The bread served with whipped butter on lava rock was delectable. 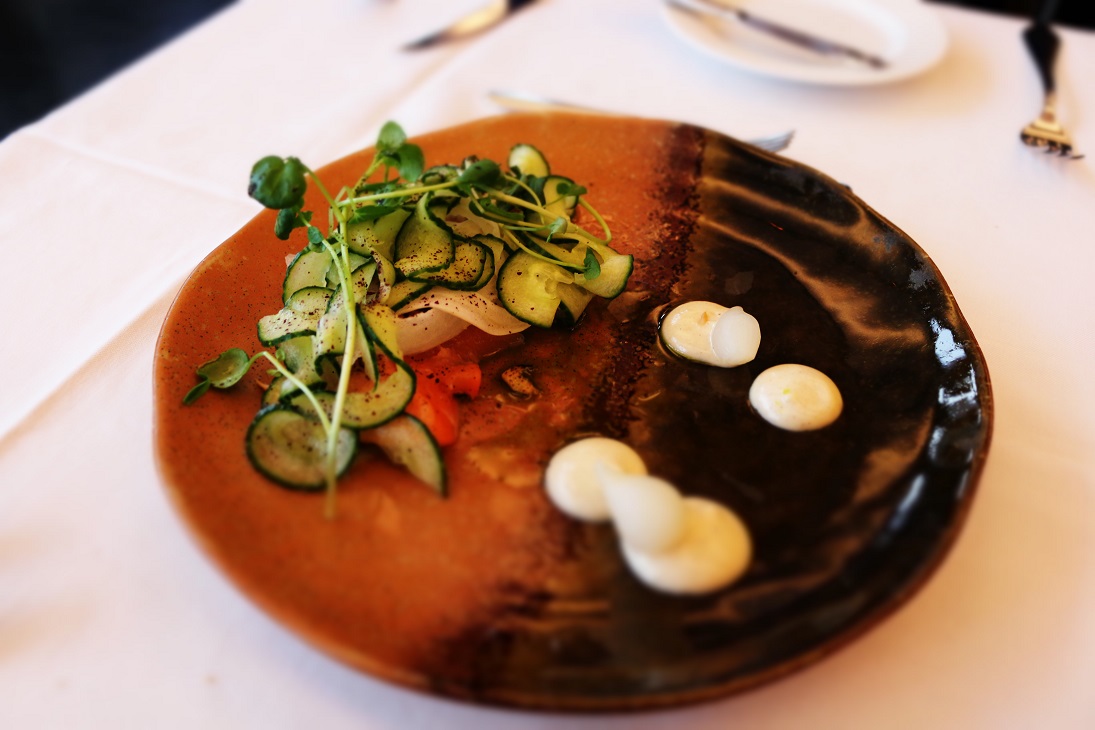 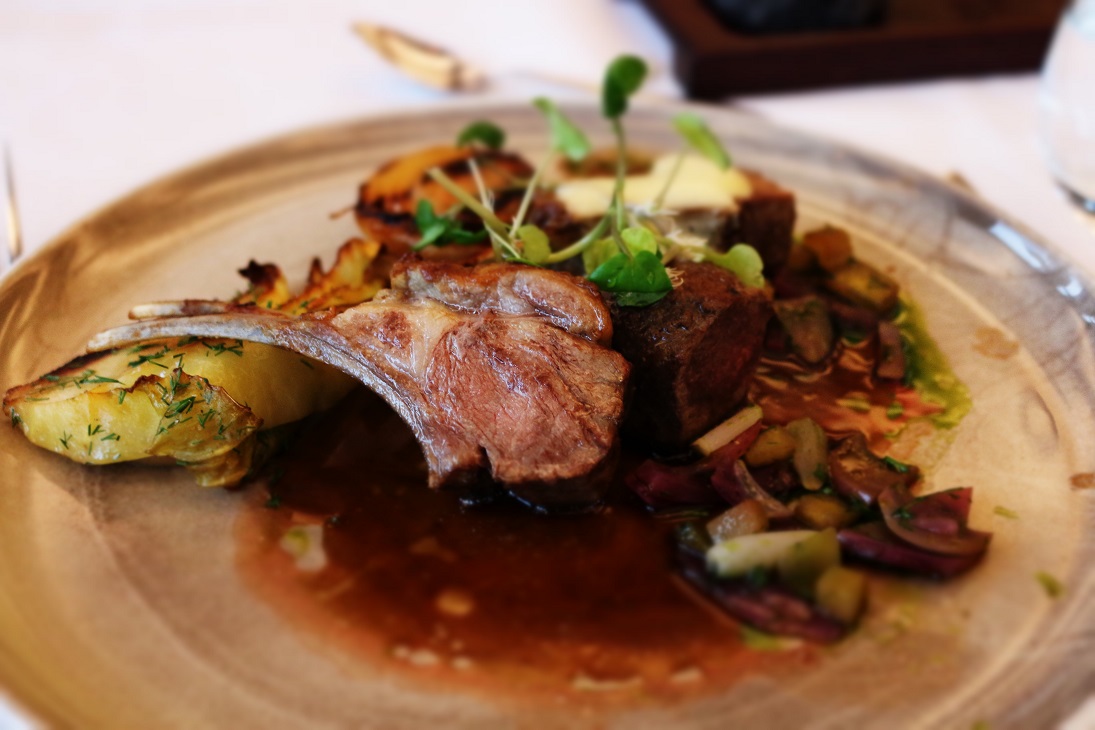 The dish was infused with diced apples, a mint jus, cabbage and smoked onion. It was a perfect combination and rather delicious. 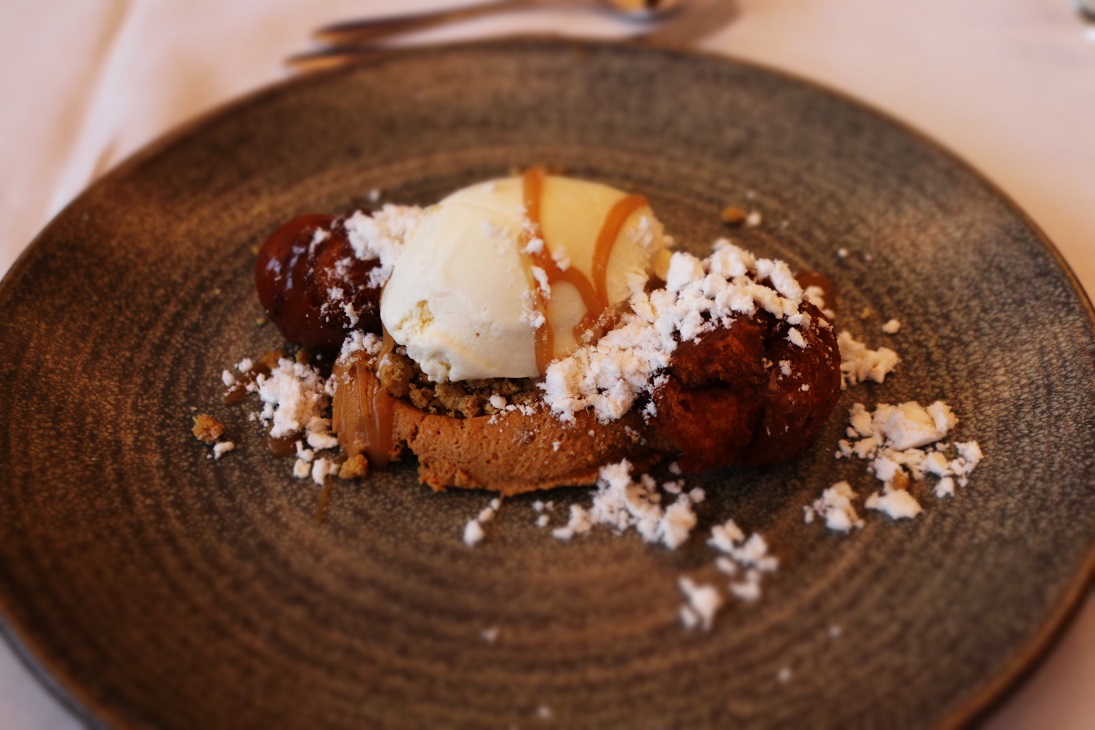 The Lava Restaurant will be a memory cherished. Picturesque views with sensational food are a great way to celebrate any special occasion. It’s only about an hour from Reyjkavik and makes a lovely end to a relaxing spa day at The Blue Lagoon. It’s also possible to spot the Northern Lights here too on a clear day which would make it even more magical.

Lightopia makes its London debut at the stunning Chiswick House and Gardens until  March 1st. Visitors become Lightopians and explore the interactive and immersive city of light and stories. The handmade, silk installations combine ancient techniques of Chinese lantern making with modern technology to create a magical new world, with the theme for this year’s inaugural event being “Harmony.”   With amazing acrobats and musicians amongst  vast light installations, Lightopia is fantastic for the whole family. The stunning giant peacock synchronises with music, as light pulses through its wings in time with the beat. There’s even a breathtaking field of 70,000 individual roses flickering. There’s a camp fire where you can stop to toast giant marshmallows. This was perectly heart warming on a crisp, cold evening, Some of the displays are interactive and the enormous, glowing eggs change colour when rocked; musical buttons on the floor which create musical light shows when stepped on; paths of wintry flowers; an interactive Zodiac Sign piece, in which light and sound ingeniously travel together, and illuminated honeycomb arches surrounded by busy, glowing bees. The projections onto Chiswick House with state-ofthe-art 3D video mapping creates a visual masterpiece across its grand exterior, bringing the story of Lightopia […]

There’s a wonderful sense of nostalgia at Christmas time which makes it our favourite time of year. There’s obviously a desire to create even more magical memories every year, especially for our baby. This year we were so excited to visit Chessington Garden Centre’s Santa’s Grotto with our little one. There’s a really jolly feel from the moment you enter, with cuddly snowmen singing, and dancing elves to greet you. Promptly ushered into the Creation Room by Elves, the journey through the Grotto begins. The kids get to fill a bauble with their Christmas wish and endless sparkly confetti. It was a lovely activity which seemed to be perfect for all ages groups. It seemed to be an absolute favourite for our 18 month old. He genuinely didn’t want to leave. Give a baby a room full of endless glitter and it’s no wonder really! After a bit of coaxing we managed to get him out, but we couldn’t convinvce him to close his baubel. So he sprinkled a trail of magical sparkle with every step, leaving a trail through the grotto. The displays at Chessington Garden Centre are so phenomenal. It just leaves you feeling happy as you walk through […]